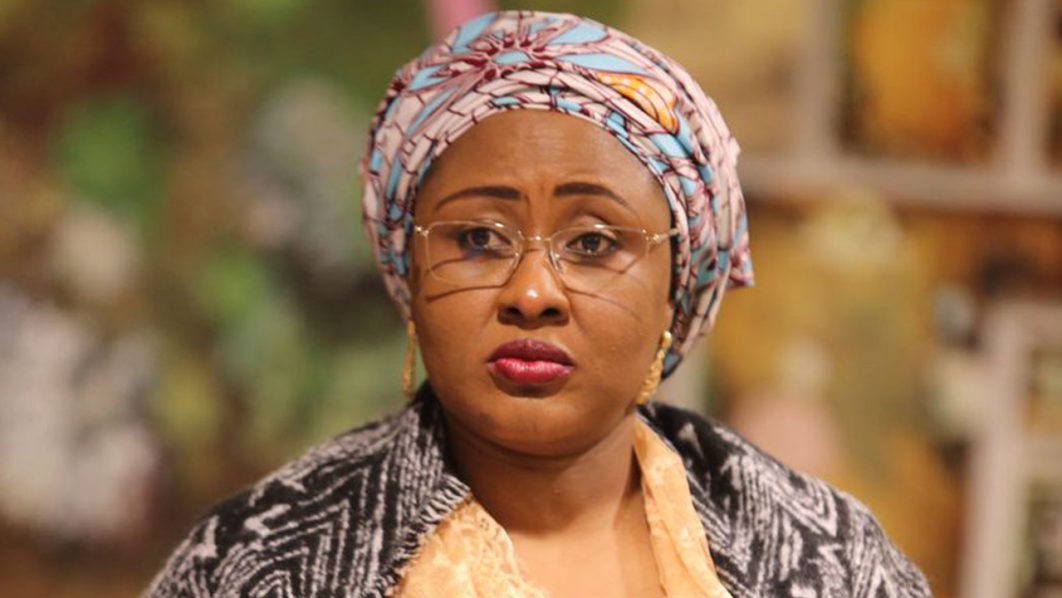 In the wake of ‘missiles’ of words from Senators lambasting the President Muhammadu Buhari led, the Mrs. Aisha Buhari, may have tactically thumbed up the Senators.

This is because the President’s wife endorsed the position of some Nigerians who are criticising her husband, President Muhammadu Buhari.

This indication emerged on Friday when she reposted videos of two senators criticising the President on her verified Twitter handle, @aishambuhari.

The shared videos were originally posted by Oak Television on its handle, @OakTVOnline.

Those who criticised the President in the videos included Senator Isah Misau and Senator Ben Bruce.

As of the time of filing this report, one of the videos shared by the President’s wife which has a duration of one minute had attracted 5,336 views.

It was not clear as of the time of filing this report if Mrs. Buhari decided to share the videos because she shares the views of the senators who were very critical of her husband.

Attempt to get the reaction of the Director of Information in the Office of the President’s wife, Suleiman Haruna, on the matter failed as he did not pick his telephone calls.

In one of the videos, Misau was seen and heard criticising the President for appointing a person he described as incompetent as the Director-General of the National Intelligence Agency.

Buhari had on January 10 approved the appointment of Ahmed Rufai Abubakar as the substantive Director-General for the NIA.

According to a statement by the Special Adviser to the President on Media and Publicity, Mr. Femi Adesina, the new DG is a retired career Foreign Service officer, who till his appointment served as Senior Special Assistant to the President on Foreign Affairs/International Relations.

The statement read in part, “Abubakar had extensive experience working with the United Nations in peace support operations, mediation process, preventive diplomacy and good offices, as well as the promotion of good governance and respect for the rule of law and human rights.” (Punch)

Related Topics:Aisha Buhari
Up Next 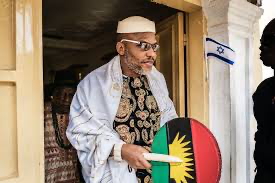 The Indigenous People of Biafra (IPOB), yesterday, urged governors of the Southeast region to jettison the proposed new regional security outfit for the zone.

Recall there have been several controversies

It argued that the intention of the proposed security outfit was to counter the Eastern Security Network (ESN) it earlier formed for the protection and defence of Biafra land against terrorists and invaders responsible for attacks, rape and killing of Igbo people in their farmlands and forests.

But in a statement issued by IPOB’s Media and Publicity Secretary, Emma Powerful, the group cautioned the governors against compromising the security of the region through what it described as “the mischievous advice of certain elements.”

“We, therefore, advise all Biafran fathers and mothers to caution their children against joining Umahi’s vigilante group as such outfit is an enemy of the people. Their agenda is sinister and anti-Biafra.

“We are happy to state that the grand conspiracy by our oppressors to take over the South with the help of compromised leaders is dead on arrival!

“We declare that any other group parading as Southeast and South-South Security outfit will not be allowed to operate on Biafra soil. Our people have already launched ESN, as our self-acclaimed leaders were nowhere to be found when it mattered most. Anyone who enlists in any treacherous security outfit in our land to destablise our territory will regret such a decision,” the statement reads.

The IPOB insisted that attempts have been made in the past to foist leadership on Ndigbo, stressing: “Now they have moved to form security outfit for us because our governors and political leaders are blinded by their greed and selfish political ambitions.”

Continuing, he said that IPOB would not allow terrorists any breeding ground on Biafra forests and farmlands, adding: “The raping, killings and unprovoked attacks must stop in Biafra territory.

“Anyone against the people’s resolve to defend themselves against foreign occupation will be crushed. ESN has been launched with the mandate of securing Biafra land and no force can disband this great movement until it finishes its mandate.” 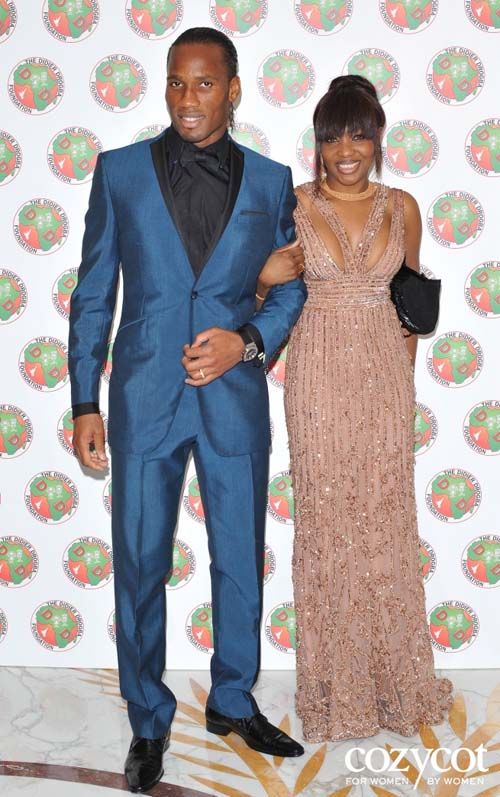 Chelsea and Ivory-coast legend, Didier Drogba said on Friday that he is now seperated from his wife Lalla Diakate after 20 years of togetherness.

The highly rated ex-striker who has maintained a discreet private life as he tried to shield his loved ones from the limelight, made the announcement after appearing in an intimate video in bed with a mystery woman.

Confirming his split from Diakate, he wrote;

“I’m not in the habit of discussing my private life.

“But, because of speculation in the media today, I can confirm that sadly, after 20 years together, Lalla and I took the difficult decision to separate last year.

“We remain very close, and our main priorities have been to protect our children and our family’s private life.

“May God bless you.” 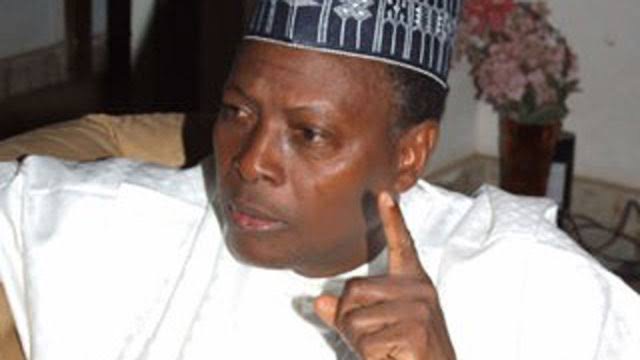 “As regards the statement made by the President concerning security in the country generally and northeast, I think President Muhammadu Buhari has been economical with the truth,” he said in a report by Vanguard.

“First, I believe within this week; there were three or four attacks. And any leader who can give himself a pass mark, not to talk of when the situation on the ground is the reverse, is not sincere or honest with people of this country.

“Nobody likes conflicts but it is unbearable for a leader to invent lies to give himself credits for what he has not done and for which he cannot claim credit for.

“Also also, it does not add any value or credibility to the government, the party, military and the President himself.

“In the words of former President Lincoln, once a leader has lost the confidence of the citizens, he can never regain it.

“This government has nothing to offer. They believe they can lie their way through to the end of their tenure, 2023. That, to them, is what they call an achievement.

“Unfortunately for them, history is never written by those who want to praise themselves. Whether we are alive or not, somebody will write a more objective history, especially from the time these crises of Boko Haram, banditry started.

“They have failed woefully. Nigerians, including former heads of states, have openly said that Nigeria is already a failed state. I can’t see how any leader can come out and start claiming credit and giving himself kudos when he did nothing.

White Pigeons Refuse To Fly After Attempt By Buhari