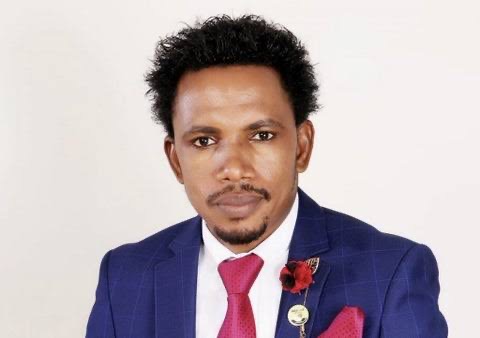 The lawmaker representing Adamawa North Senatorial District, Senator Elisha Abbo has explained why he defected from the Peoples Democratic Party (PDP) to the All Progressives Congress (APC).

The lawmaker on Wednesday told newsmen that he left the PDP for his State Governor, Ahmadu Fintiri, so he could replace him.

Grassroots recalls that Senator Abbo made known his decision to defect in a letter read out by the Senate President, Ahmad Lawan, at the start of the day’s plenary.

The announcement was made amidst cheers from mostly APC senators at the chamber.

He also said he decided to leave the PDP because of the “mismanagement” of the party’s issues by Governor Ahmadu Fintri of Adamawa State, which he said has led to the recent crisis in the state.

“Thus, in living up to the expectation of the good people of Adamawa North Senatorial District, I hereby defect from the PDP to the APC with effect from today being Wednesday, the 25th day of November, 2020,” part of the statement read.

The lawmaker was asked for the real reason he is leaving the PDP. He was also asked if he was overwhelmed by the governor and the crisis in the party, hence seeking solace in the APC.

In his response, the lawmaker said that internal democracy in the party has suffered in the last one year since the governor assumed office.

“If there is no crisis, how do you have another party in the PDP? There is a crisis in the party in Adamawa State and the governor is the cause of the crisis. He is insecure.

“My local government, Mubi North, is the second most populous in the state. The outgoing governor of Adamawa State is from Mubi North. I am the PDP there. Every PDP steward is from Mubi North, yet they couldn’t defeat me. I defeated all of them because I moved with the grassroots.

“If anyone is saying he is more powerful than me, then let 2023 come, we will meet them there. One thing about elections is that today, people are becoming wiser and wiser.

Responding to a PDP statement calling for his resignation, he simply wondered why the party did not ask Governor David Umahi of Ebonyi State, who recently defected to the APC, to resign.

“Did they ask Umahi to resign? Go and ask them. Governor Umahi just defected from PDP to APC as a sitting governor of Ebonyi State. Did they ask him to resign? Tell them to resign from the secretariat.” He said.

His defection comes weeks after the Federal Capital Territory (FCT) High Court in Maitama ordered him to pay N50 million as compensation to Osimibibra Warmate, a lady he assaulted in 2019 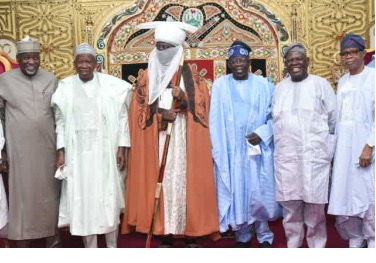 The National Leader of the All Progressives Congress (APC), Ahmed Bola Tinubu and Governor Abdullahi Ganduje on Sunday paid a visit to the Emir of Kano, Aminu Ado Bayero.

According to reports gathered, the former Lagos State Governor will meet with the Northern Council of Traditional Rulers of Nigeria today Monday.

Tinubu was accompanied to the Emir’s palace by long-time friend and political associate, Chief Bisi Akande.

Speaking on Sunday at the Emir’s palace, Tinubu noted that only unity and prosperity would save Nigeria from these trying times.

He said: “Nigeria is at critical stage of its life and the only thing that would make it survive is unity and understanding, therefore, Lagos and Kano, which have come through these over time, must show the way.”

“Peace and development would be eluded if the nation continues the way it is going, therefore unity and tranquility must be the hope that could be ridden on.

“One can see that today I, Bola Tinubu, is sitting side by side with Governor Ganduje and this is a clear testimony that people regardless of their tribes and religions could come together and make a change.”

Responding, the Emir of Kano praised Tinubu for choosing Kano to celebrate his 69th birthday anniversary, saying this alone is a testimony to the unity and love he has for Nigeria. 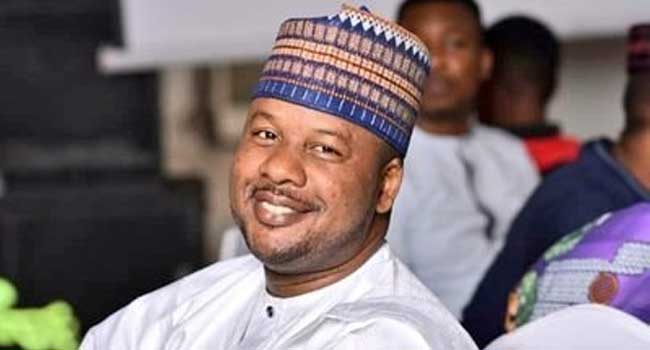 Mr. Yakasai’s sack was due to his “continued unguarded comments and utterances which are deemed contrary to the stand of the All Progressive Congress (APC) government which he is serving,” the state government said in a statement signed by the Commissioner for Information Malam Muhammad Garba.

The sack is with immediate effect.

Mr. Yakasai had called for President Muhammadu Buhari to resign over his inability to prevent the recent abduction of schoolgirls in Zamfara State among other security concerns.

But the Kano State Government’s statement said the aide had failed to differentiate between personal opinion and official stand on matters of public concern and therefore cannot be allowed to continue to serve in a government he does not believe in.

The statement reaffirmed the commitment of Governor Ganduje to the policies and programmes of the administration of President Muhammadu Buhari.

The sack is coming hours after Mr. Yakasai, known as ‘Dawisu’ on social media platform Twitter, was reportedly arrested by the Department of State Security in Kano.

#FixPolitics, a citizens’ movement recently launched to fix politics in Nigeria and ultimately Africa, has appointed Anthony Ubani as its Executive Director.

Ubani will lead the implementation of the Triangular Pillars of Democracy, which uniquely identify the tripod focus of the #FixPolitics initiative on emerging an empowered and engaged electorate, building a new value-based political class and demanding constitutional, political and electoral change.

As a Richard von Weizacker Fellow at the Robert Bosch Academy in Berlin Germany, Dr. Obiageli Ezekwesili focused her research on #FixPolitics to develop a deeper understanding of the nexus between the quality of politics and the economic progress or decline of countries in Africa, with a particular focus on Nigeria.

The findings of the research subsequently informed the composition of a 125-member Work Study Group – of Nigerians from diverse endeavours and regions. The WSG, chaired by Ezekwesili, work collaboratively to design and implement a systemic structural change agenda for the politics of Nigeria with the aim of raising the quality of our democracy and governance and improve the wellbeing of citizens.

In a statement on Tuesday, the group’s Publicist and Spokesperson, Mr. Ozioma Ubabukoh, stated that  Ubani would resume duties in January 2021.

Ubabukoh explained that the “incoming executive director is expected to bring his practical political experience to bear in the realisation of the objectives of #FixPolitics.”

Part of the statement read, “Ubani’s mandate is to ensure the emergence of an empowered and engaged electorate; a new values-based political class; and a reformed constitutional, political and electoral environment as the three cardinal pillars of #FixPolitics.”

Some of his recent researches include ‘Leadership Recession in Nigeria and the Perennial Predicament of Deferred Development’; ‘Deconstructing Professionalism in the Context of Economic Recession in Nigeria: A Fresh Perspective’ and ‘Partisan Politics, Civil Societies and the Consolidation of Institutions in Africa’.