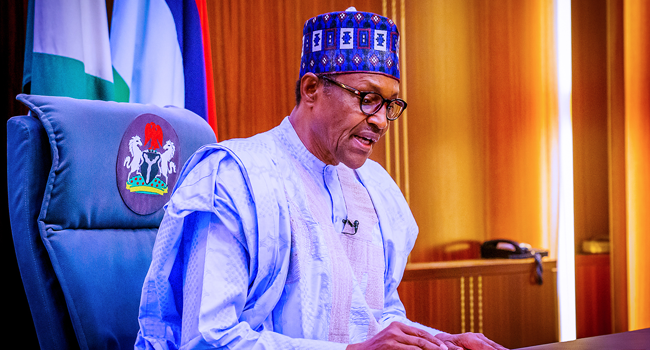 The polytechnic will commence academic activities in October 2022.

Mr President’s approval was conveyed to The Obarisi of Urhoboland and Deputy President of the Senate, His Excellency, Senator Ovie Omo-Agege in a letter dated February 23, 2021, referenced DHE/POLY/39/C.1/I/84 signed by the Permanent Secretary, Federal Ministry of Education, Arc. Sonny S. T. Echono, on behalf of the Honourable Minister of Education, Alhaji Adamu Adamu.

President Buhari’s gracious approval of the founding and take-off of the Federal Polytechnic Orogun demonstrates yet again his clear leadership vision that our nation must embrace the future with a truly innovative educational system. One supplying world-class human resource portfolios for national and global development. The Federal Polytechnic Orogun is another clear evidence of Mr President’s admirable statesmanship, patriotic attention to strategic human capital development and deep love for our people.

On behalf of our traditional, religious, political, women, and youth leaders, and indeed all our people, the Deputy President of the Senate is profoundly grateful to Mr. President for the realisation of the dream of the establishment of this academic institution. The DSP is daily humbled by God’s amazing grace which is manifest in President Buhari’s support for his humble efforts to represent our people with honour, courage, and distinction in the Senate. He is also thankful to his dear friend and brother, the Honourable Minister of Education, Alhaji Adamu Adamu, for his leadership and sense of integrity on this issue, like others.

May we say that Senator Omo-Agege has always envisioned the possibility of public tertiary academic institutions with core ‘Silicon Valley’ character in Nigeria. Institutions known mainly for world-class research capabilities and first-class achievements in the sciences, especially computer science – computer graphics, network design, computer-assisted education, Artificial Intelligence (AI) and robotics, big data, cybersecurity, bioinformatics, amongst others. This was the major motivation for his introduction of the Bill to establish the Federal Polytechnic Orogun in 2017 in the 8th Senate, but the political environment then did not allow the bill to progress. He re-introduced the Bill in 2019 in this 9th Senate, and it was passed by the National Assembly.

To our people, let us thank God Almighty by whose benevolence we are now being blessed with good and perfect gifts like never witnessed in our history. Let us celebrate this worthy achievement with prayers for Mr President.

God’s amazing grace is upon your beloved Obarisi. The best is yet to come. He remains wholly and resolutely committed to your common good and strategic interests. Please pray for him, always. 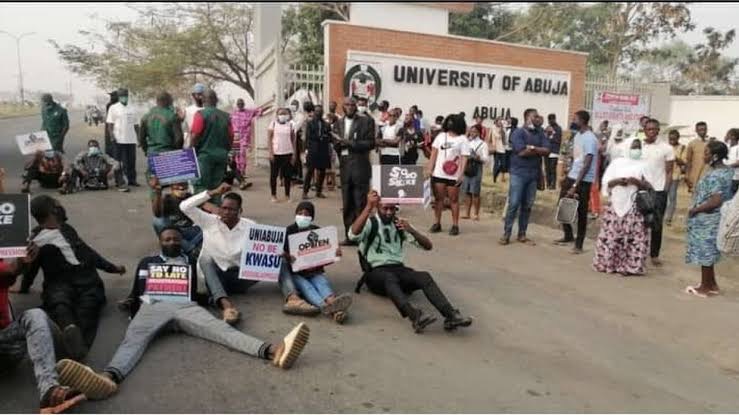 Students of the Kwara State University (KWASU),on Monday protested against a new accommodation policy initiated by the school mamanagement.

The aggrieved students chanted solidarity songs at the school’s entrance gate, saying they should be allowed to stay off-campus and not in the school hostel.

It was gathered that the school management reportedly introduced a policy to discourage off campus accommodation of students with increase in exemption fee for those who had to stay outside the school.

Displeased with the directive, the students came out in large numbers to oppose alleged increment in exemption fee.

They urged the school authority to rescind the decision.

But KWASU spokesman Razak Sanni told our reporter last night that the school only decided to stand strictly by what the policy on accommodation said “because we discover that students don’t want to stay in school hostel again. They only want to pay exemption fee.”

He debunked a report that the school was closed because of the protest, saying the protest was prevented from getting out of hand. 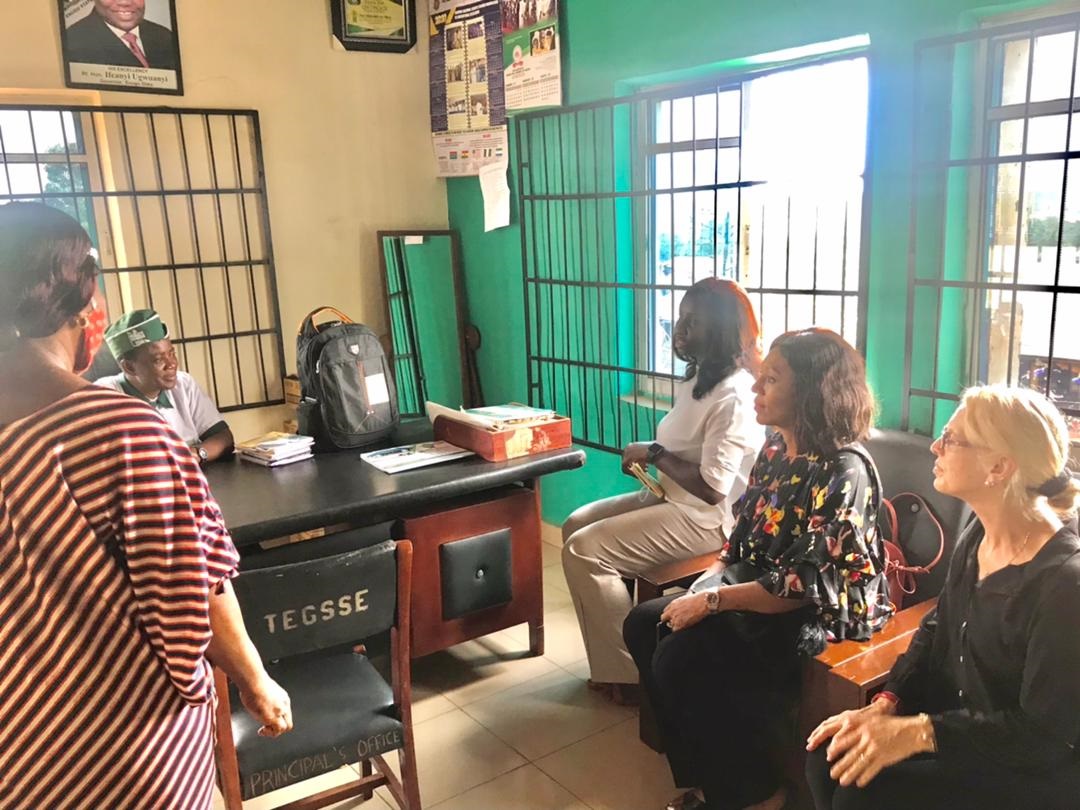 School uniforms are believed to be a practice which dates to the 16th century in the United Kingdom. It is believed that the Christ’s Hospital School in England in 1552 was the first school to use a school uniform.

In any case, a school uniform is a uniform worn by students primarily for a school or otherwise educational institution. They are common in primary and secondary schools in various countries.

Although often used interchangeably, there is an important distinction between dress codes and school uniforms: according to scholars such as Nathan Joseph, clothing can only be considered a uniform when it “(a) serves as a group emblem, (b) certifies an institution’s legitimacy by revealing individual’s relative positions and (c) suppresses individuality.”

On the course of her outreach across schools in Enugu to inspire students and distribute her book: ‘Values For Daily Living’, the founder of Helpshpere Foundation and CEO, GrassRoots Global Media Limited, Sandra Ani found it fascinating that Mrs. Ijeoma Okpe, the Principal of Trans-Ekulu Girls Secondary School, Enugu State (Nigeria) wears uniform to school; looking like a student! 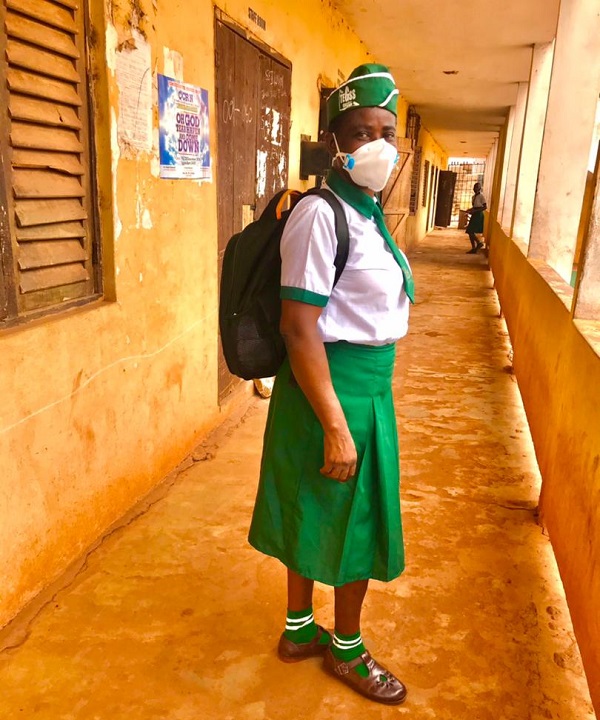 Wow! This is interesting. You dress as though you are a student of this school. What could be your reason, ma?

I decided to dress in this form, first, to identify with my students. It makes them feel so much at home. Most students feel free to share things with me more than they even share with their parents. It’s a way to give the students a sense of belonging, knowing they are all students and we keep learning every day of our lives.

Secondly, this is my way of building student-principal relationships. Some students see their principal as Goliath, thus, unapproachable. So, I decided to Come down to their level so they can have access to me and relate comfortably.

This is quite interesting. But, don’t you feel discomfort dressing that way to school?

Not at all. I see means to inculcate the spirit of modesty amongst students. These days students are improperly dressed and we must do our part to stop that. I needed to teach them modesty by living by example.

It is also important to note that some male teachers constantly felt harassed by such indecent dressing among female students. That is not the culture we want to build in Trans-Ekulu Girls Secondary School. During classes these students can’t sit properly because their skirts are too short. And this exposes their body.

Also, some students can’t partake in some activities in school, because their skirts are either too tight or too short. Some can’t even run when asked to. 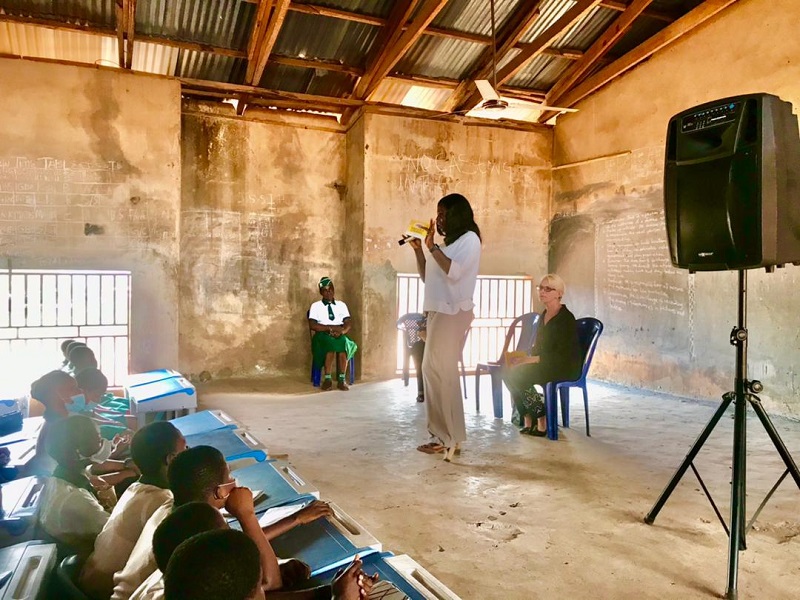 Sandra Ani speaking to the students

In what ways has dressing in that manner helped your administration in the school?

This is one of the most interesting parts; dressing this way has helped my leadership. On many occasions I have caught some students in the act. So, when I am on inspection most students do not easily detect that I am the one coming until I have caught two or three of them. In all, it is about inculcating good values in our students. 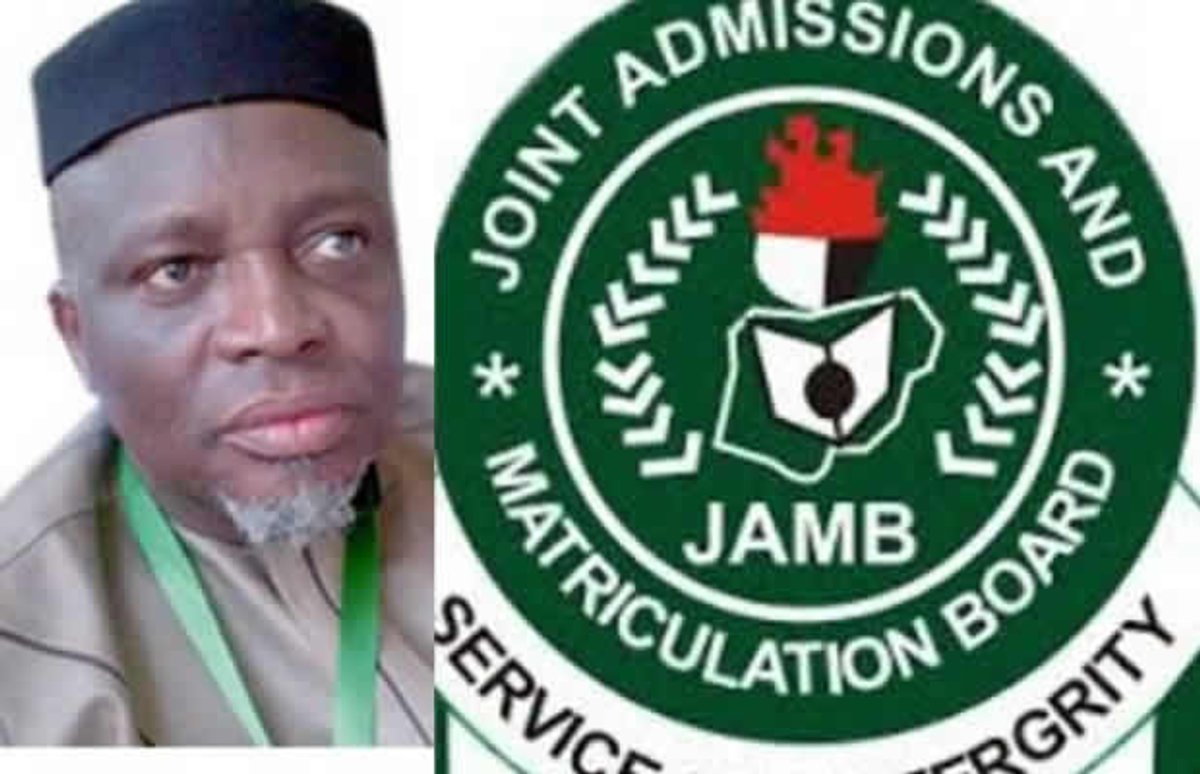 Officials at JAMB said they will clampdown on some cybercafes and tutorial centres who specialise in defrauding unsuspecting candidates during registration for the Unified Tertiary Matriculation Examination (UTME).

The warning is contained in the board’s weekly bulletin – Vol. 2, No 18, seen by Grassroot.ng on Thursday.

The board noted with dismay, the unwholesome activities of fraudulent operators of cybercafes, tutorial centres and other entities, which have formed the habit of deceiving hapless candidates by using the board’s logo and name to defraud and extort them.

“The stock-in-trade of these unscrupulous elements is to lure innocent candidates to part with their money under the guise of registering them for the 2021 to 2022 UTME/DE application documents.

“It is a criminal offence for one to use the board’s name and logo when one is not licensed by the board to do so for any reason.