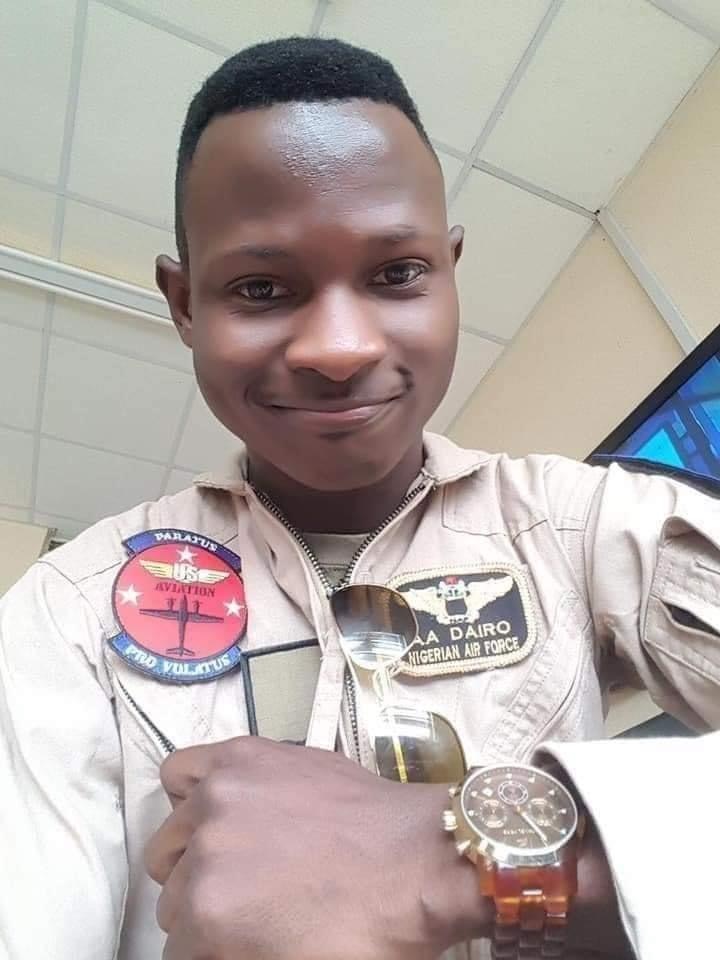 President Muhammadu Buhari has commended the gallant pilot of the Nigerian Air Force HQ Alpha Jet, Flight Lieutenant Abayomi Dairo, who successfully ejected from an aircraft that came under “intense ground fire from bandits” in Zamfara State, Northwest, at the weekend.

The President, who was briefed on the successful operation by the nation’s defence forces to rescue the pilot, said he was pained by news of the air crash.

“I was shocked by the devastating news of the air crash but felt much relieved, following the successful ejection by the pilot and his eventual rescue. May the injured pilot recover at the earliest time.’’

Billionaire Bezos Back To Earth After Successful Suborbital Trip

Billionaire Bezos Back To Earth After Successful Suborbital Trip 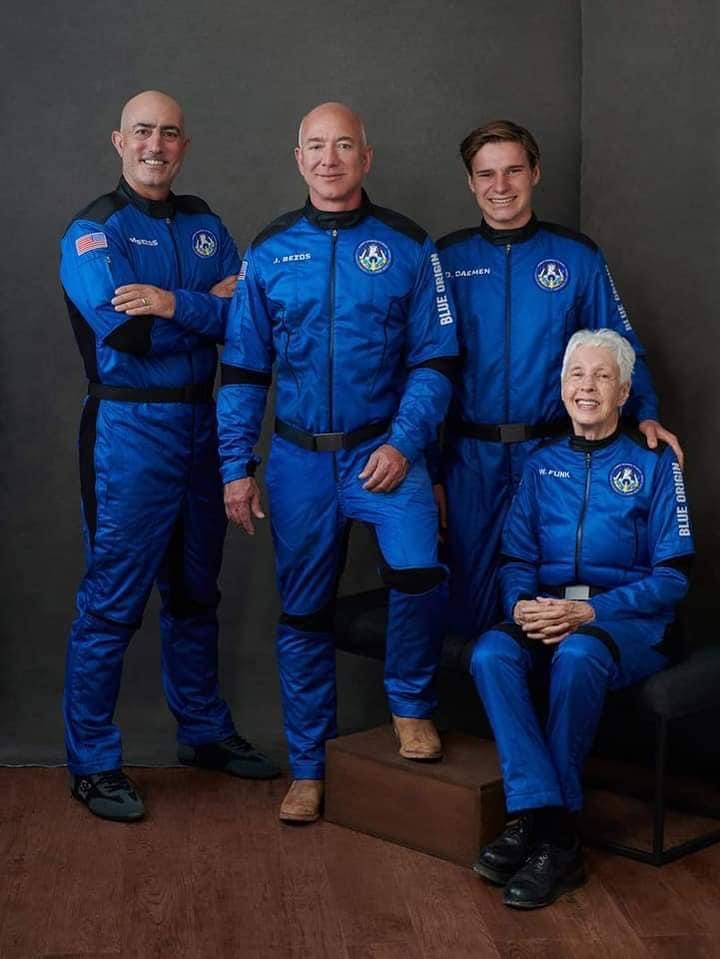 Billionaire Jeff Bezos was back safely on Earth Tuesday after a 10-minute suborbital flight aboard Blue Origin’s New Shepard spacecraft.

“Best day ever,” Bezos said after the capsule touched down near Van Horn, Texas.

The spacecraft is named after Alan Shepard, the first American launched into space.

The world’s richest man blasted off Tuesday from a remote desert launch site in Texas, as he became the second billionaire to self-fund a trip to space this month.

The fully automated rocket reached an altitude of about 106 kilometers after reaching Mach 3. Once at altitude, the booster separated from the capsule and returned to Earth landing upright near the launch site. The crew was able to experience weightlessness for 3 to 4 minutes before a parachute landing back on earth

The altitude surpassed the 85-kilometer mark reached by British billionaire Richard Branson on July 11 when he and five crewmates flew aboard his Virgin Galactic rocket-powered space plane.

The 57-year-old founder of e-commerce giant Amazon founded Blue Origin in 2000 with the goal of creating permanent space colonies where people will live and work.

Bezos was joined by his brother, Mark, plus 82-year-old aviation pioneer Mary Wallace “Wally” Funk and 18-year-old Oliver Daemen, making them the oldest and youngest persons to fly into space. 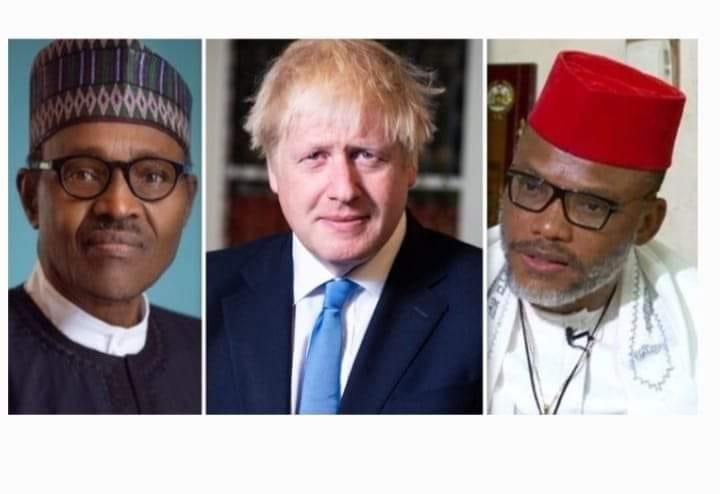 UK minister has demanded that Buhari’s regime explain to the British government how it repatriated Indigenous People of Biafra(IPOB) leader Nnamdi Kanu from Kenya.

The UK Minister of State for the Commonwealth, Lord Tariq Ahmad, has demanded that President Muhammadu Buhari’s regime explain to the British government how it repatriated IPOB leader Nnamdi Kanu from Kenya.

The request followed a debate by the UK Parliament on July 7, during which British lawmakers discussed the UK government’s assessment of Kenya’s role in Mr Kanu’s arrest.

Lord Alton of Liverpool raised the issue at the House of Lords, seeking to address the controversies surrounding the transfer of Mr Kanu to Nigeria against his will.

“Lord Alton of Liverpool to ask Her Majesty’s Government what assessment they have made of (1) the alleged role of the government of Kenya in the detention and alleged mistreatment of Nigerian activist Nnamdi Kanu, (2) the circumstances surrounding the transfer of Mr Kanu to Nigeria against his will, and (3) of any assistance being provided to him by the High Commission in Abuja. HL1665,” a parliamentary schedule seen by Peoples Gazette stated.

In response to the parliament’s debate, Mr Ahmad said, “We are seeking clarification from the Nigerian Government about the circumstances of the arrest and detention of Nnamdi Kanu.”

Mr Ahmad also confirmed claims by the British High Commission in Abuja that the UK government was providing consular assistance for the IPOB leader.

“The UK has requested consular access to Mr Kanu from the Nigerian government, and we stand ready to provide consular assistance,” he maintained.

While Mr Buhari’s regime has refused to make public how it repatriated the IPOB leader from Kenya, the UK government had clarified that Mr Kanu travelling with a British passport was not arrested within its shores.

IPOB had also accused Kenya’s special police force of arresting, detaining, and torturing Mr Kanu before the authorities handed him over to the Nigerian government. But Kenya, through its high commissioner to Nigeria, Wilfred Machage, refuted the claim.

According to him, the East African country was not involved in the whole process.

But findings by The Guardian, a UK newspaper, indicated that he was arrested in Kenya, as Mr Kanu’s UK passport remains in Kenya.

He was said to have entered Kenya this year with his British passport on a visa expiring in June, the newspaper reported. 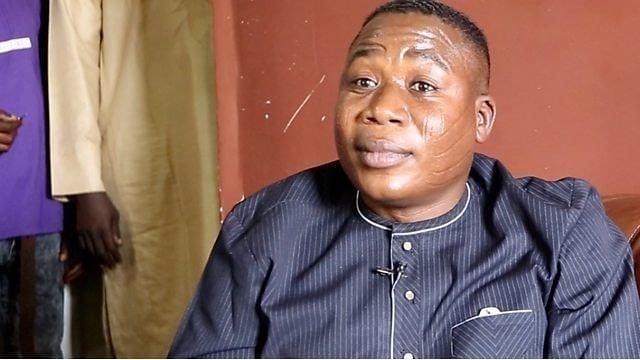 The Federal Government has said Yoruba Nation activist, Sunday Adeyemo, aka Sunday Igboho, is trying to acquire a new passport to flee the country.

It added that the government had placed Igboho on the stop-list in order to facilitate his arrest and directed the security agencies to apprehend him anywhere he is found.

In the security circle, a person whose name is on the stop-list is denied all constitutional rights and privileges a citizen is entitled to.

The Federal Government’s directive against Igboho was contained in a letter by the Nigeria Immigration Service dated July 9, 2021, addressed to the Director General, Department of State Services, the Inspector General of Police and the DG, National Intelligence Agency.

The activist, a spearhead of the separatist agitation for the Yoruba Nation, had been declared wanted by the Department of State Services on allegations of stockpiling arms to destabilise the country, which he has since denied, but his whereabouts remain unknown.

The whereabouts of Igboho, a lead figure in the separatist agitation for the Yoruba Nation, has been unknown since he narrowly escaped arrest during the July 1 midnight raid by the secret police, ahead of a major rally in support of the call for Yoruba Nation in Lagos.

Following the bloody raid on Igboho’s Sooka residence, the DSS arrested and detained 13 of Igboho’s associates, adding that during a “gun duel,” it had killed two of Igboho’s supporters later identified as Adogan and Alfa.