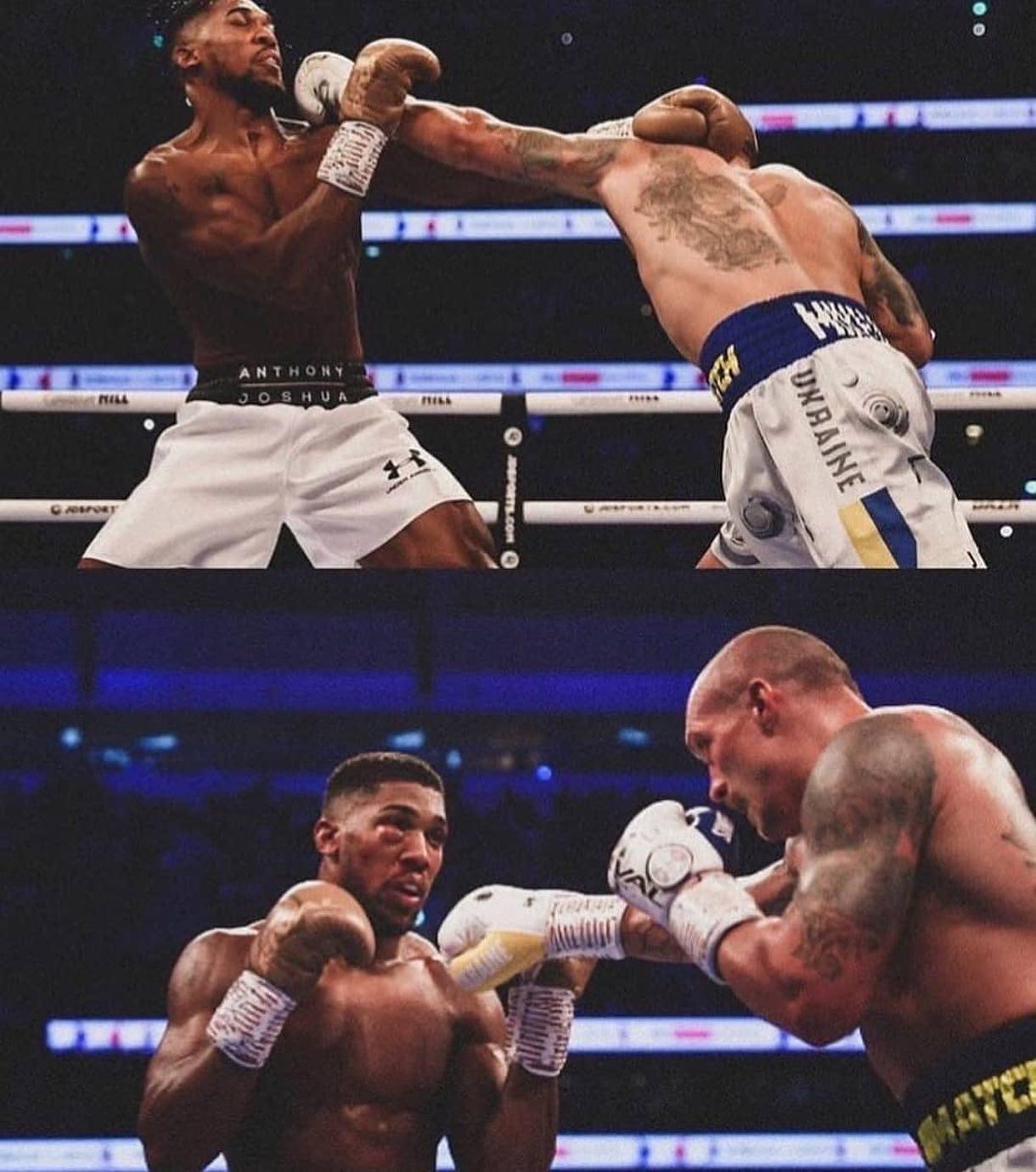 Oleksandr Usyk is crowned as the new unified world heavyweight champion after a unanimous decision win over Anthony Joshua with scores of 117-112, 116-112, 115-113.

Usyk has become the third boxer after Evander Holyfield and David Haye to win world titles at cruiserweight and heavyweight.

The 34-year-old won heavyweight gold at the London 2012 Olympics while Joshua triumphed in the super-heavyweight division.

Anthony Joshua earlier said he had no intention of vacating any of his heavyweight belts.

The British boxer had put his WBA, WBO and IBF heavyweight belts on the line against the WBO mandatory challenger from Ukraine.

Before the fight, Joshua weighed in 19 pounds heavier than Usyk.

Manchester United Stock Up To 8% Return Of Ronaldo 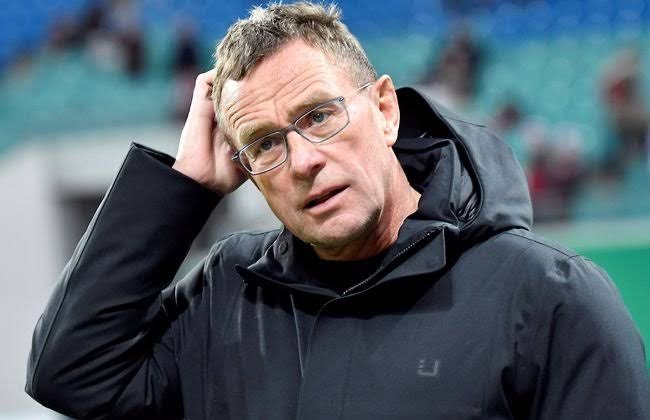 Manchester United midfielder, Paul Pogba has welcomed with open arms the appointment of Ralf Rangnick as the club’s interim manager, The Athletic reports.

Rangnick is expected to be appointed the club’s interim boss soon and may be in charge of United’s next game against Arsenal on Thursday or the visit of Crystal Palace on Sunday.

Pogba is currently out of action after sustaining a thigh injury while on international duty with France.

The World Cup winner is currently in Dubai where he is continuing his recovery but is said to be ‘enthused’ by the news coming out of Old Trafford.

Pogba, according to the report, has received ‘positive feedback’ about the German from contacts in the game and is looking forward to working under him.

United won one and drew one of their last two games since they sacked Ole Gunnar Solskjaer and handed the role to Michael Carrick as caretaker boss. 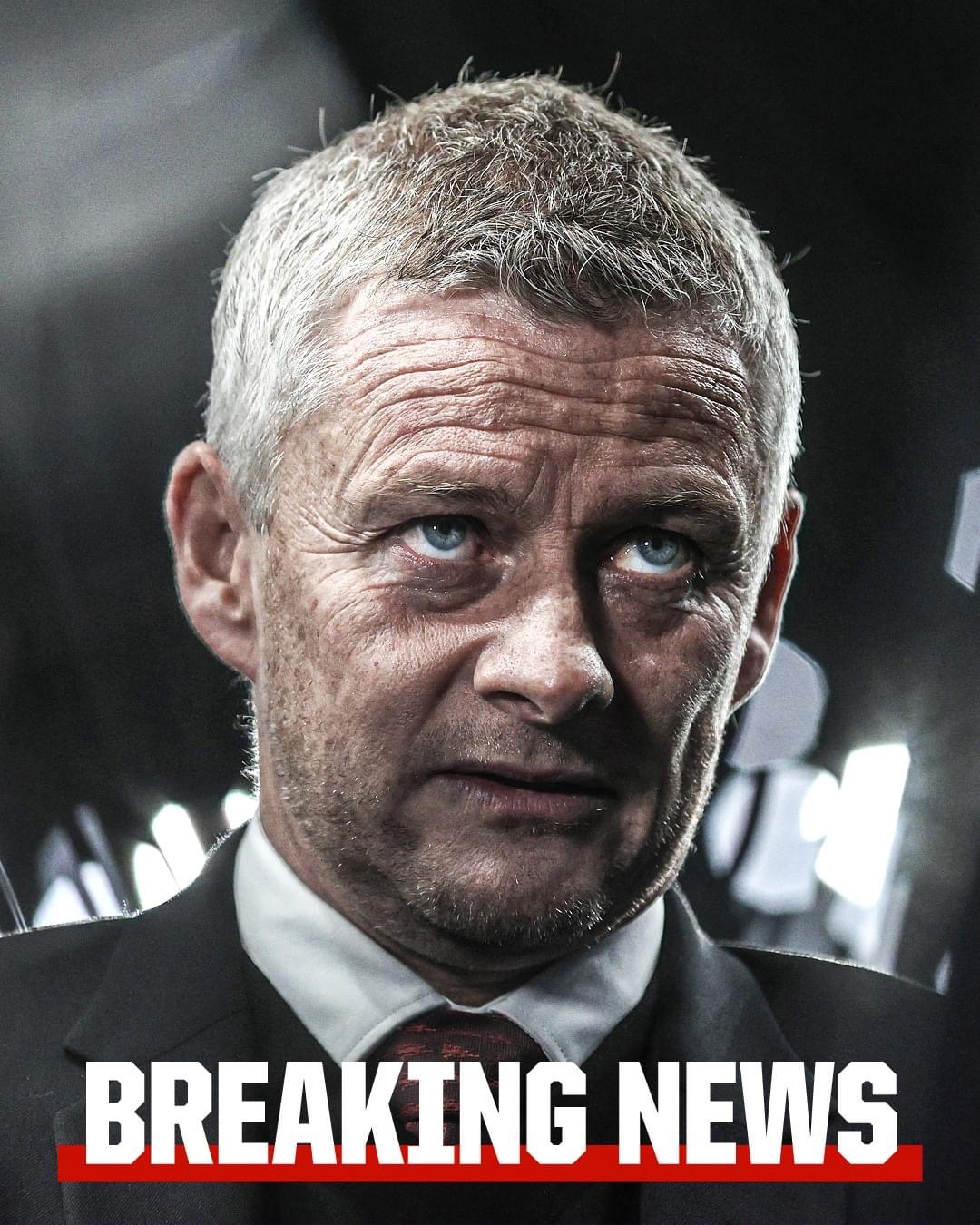 Ole Gunnar Solskjaer has finally been relieved of his duties as Manchester United’s manager.

The English club broke the news in a statement via all its social media pages on Sunday morning.

The 48-year-old Norwegian coach was sacked as Manchester United head coach after a poor run of performances and results.

Solskjaer’s dismissal came following an emergency board meeting held overnight after the Red Devils lost 4-1 to Watford on Saturday afternoon.

“Manchester United announces that Ole Gunnar Solskjaer has left his role as manager,” the statement read.

“Ole will always be a legend at Manchester United and it is with regret that we have reached this difficult decision. While the past few weeks have been disappointing, they should not obscure all the work he has done over the past three years to rebuild the foundations for long-term success.

“Ole leaves with our sincerest thanks for his tireless efforts as Manager and our very best wishes  for the future. His place in the club’s history will always be secure, not just for his story as a player, but as a great man and a Manager who gave us many great moments. He will forever be welcome back at Old Trafford as part of the Manchester United family.”

The club also added that Michael Carrick, another ex-Manchester United player, will take charge until an interim manager is appointed.

“Michael Carrick will now take charge of the team for forthcoming games, while the club looks to appoint an interim manager to the end of the season,” the statement read.

Super Eagles Coach, Gernot Rohr is not good and should be replaced, the Chief Whip of the Senate and former Governor of Abia State, Senator Orji Uzor Kalu, has said

The Senator recalled that he rejected the German tactician’s application to coach Enyimba Football Club when he was a governor.

This is as he lamented that Nigeria which has so many talents home and abroad are struggling to qualify for the Africa Cup of Nations and the World Cup.

“In the last five years, we have wasted our time in football. There is nothing new we are doing any longer.

“To see a country with many professional players home and abroad struggling to qualify for the Africa Cup of Nations and World Cup is heartbreaking.

“Gernot Rohr is not a good coach and I don’t understand why he is still managing Super Eagles.

“When I Was Governor, he applied to become employed as Enyimba coach. He was brought to Nigeria by Oscar Udoji but I refused to employ him.

“I am calling on the Chairman of NFF, Mr Amaju Pinnick to wake up and to quickly find a replacement for Rohr.

“We soccer lovers don’t need further dissatisfaction in a game, we have the capacity to make ourselves proud.

“You are rather a problem on your own that must be solved,” the Senator shared on Facebook.