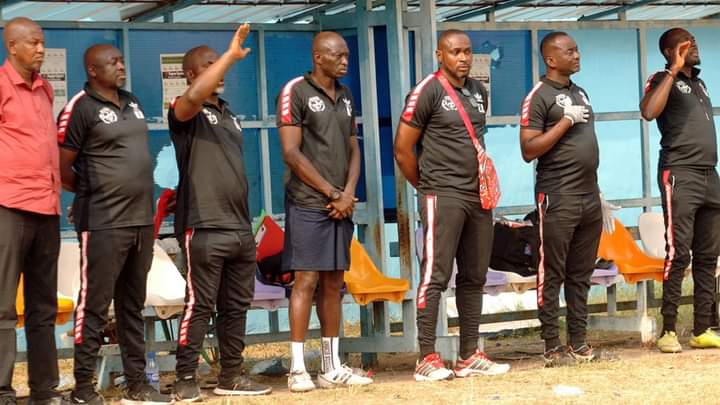 The management of Rangers International F.C is full of praises to the Enugu state government under the leadership of H.E, Rt. Hon. Ifeanyi Ugwuanyi, for the approval and release of funds for the settlement of players, coaches, and officials’ financial entitlements for the 2020/2021 NPFL season.

In a brief ceremony to present the package to the concerned players and officials, the Administrative Secretary, Rangers Management Corporation, Barrister Ferdinand Ugwuarua, thanked the governor and his team for the release of the funds to settle the affected persons while charging the current players of the club to redouble their efforts towards ensuring that the club’s target for the season is achieved.

“Management is over-whelmed by this show of love from the office of the number one supporter of our club, the executive governor of Enugu State, H.E, Rt. Hon. Ifeanyi Ugwuanyi. The release of funds to settle bonuses due to players, coaches, and officials for last season is another display of his ardent love for our club. This is enough motivation to the current set of players to give their all in every match so as to help us achieve our set target for the season as their entitlements will surely be paid,” said the youthful club scribe.

Captain of the side, Tope Olusesi, who was given the players’ bonuses for disbursement to all players concerned (The retained and those that have left the club) said, “This is why Rangers have remained one of the best clubs in the country and continent. It may have taken some time in coming but it did come and I believe this will serve as another motivation for the current players defending the colors of the club that our welfare is paramount and gets prominent attention from the government. We appreciate this and promise to give our all in every match as a show of appreciation for this show of love.”

Technical Adviser of the ‘Flying Antelopes’, coach Abdul Maikaba who was on hand to witness the event said, “I remember when I was first shown to the media when I joined this team, I did say that Rangers is one of the most organized teams in the country and with what just happened, I have been proved right with my assertion. Some teams will just forget about whatever monitory entitlements owed players as soon as that season ends but here we are, players present, and those that have left the club have been reached with their financial entitlements. I truly appreciate and commend the management and Enugu state government for this act.”

Team Doctor, Dr. Wen Udeoji, in his speech, said, “Sincerely this is what I call ‘Keeping to the words’ by the government of H.E, Rt. Hon. Ifeanyi Ugwuanyi with regards to the release of funds to take care of match bonuses for the past season. It goes a long way to serve as a motivation for the current crop of players that the reward for their sweat is guaranteed. With this action, it is my belief that our players will be fired up to deliver the goods at every other match.” 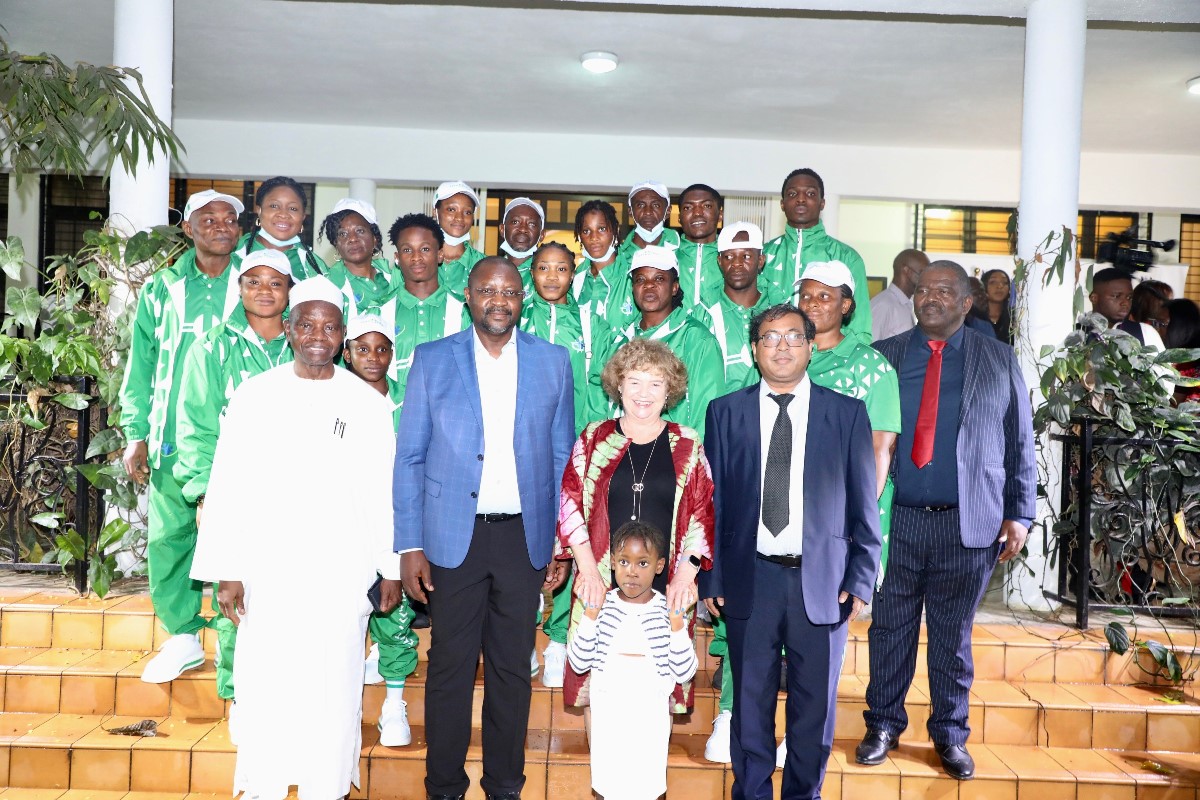 Ahead of the Birmingham 2022 Commonwealth Games which start next week, the British High Commissioner, Catriona Laing, hosted a farewell reception for Nigerian athletes, alongside the Minister of Sports and the President of the Nigerian Olympic Committee.

The Games are to be held from 28 July to 8 August 2022 in Birmingham, United Kingdom.

During the reception, High Commissioner Catriona Laing offered her best wishes to the local delegation of athletes and officials.

This year’s Commonwealth Games will feature many firsts, including by having more women’s medals than men’s for the first time at a major multi-sport event.

Nigeria will participate in a number of sports, including track and field, weightlifting, table tennis, boxing and judo.

“Athletes, I know you will do Nigeria proud.  I know you’ve all worked extremely hard, put in so many hours of training and competing to represent Nigeria. I can only imagine the sacrifices you have had to make to reach this level. The entire nation will be cheering you on all the way.”

“The Nigerian athletes have put in a lot of effort and time into their training. I am sure they will go out there and make Nigeria proud.”

“We are grateful to President Muhammadu Buhari, the Minister of Sports and the British High Commission for all the support we have received for all athletes. To all athletes, go and make us proud. We will be there to support and serve you”.

Rasheedat Ajibade’s perfect-placed header which sailed into the goalposts ensured a semifinal spot at the WAFCON and a World Cup berth for Nigeria. 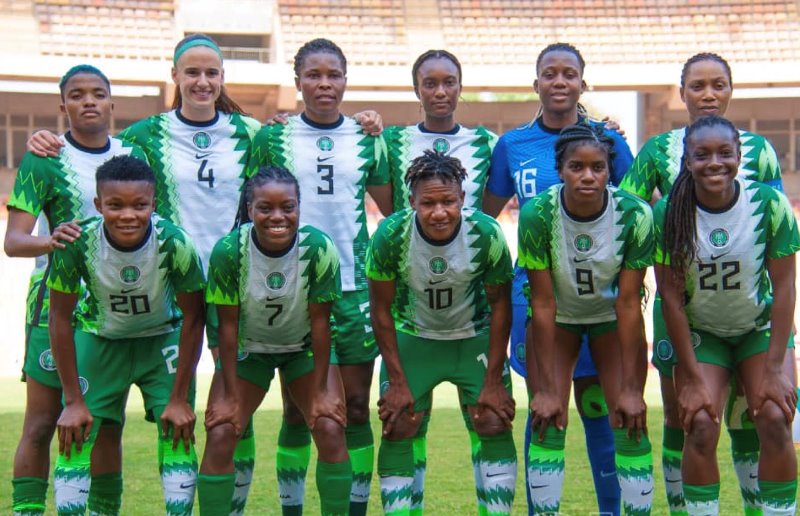 The Super Falcons will battle host country Morocco in the semi-finals of the Women Africa Cup of Nations on Monday at 9pm live and in HD on StarTimes’ World Football channel.

Before then, Zambia will meet South Africa at 6 pm.

This is even as StarTimes recently added, W-Sport channel dedicated to Women’s Sport. W-Sport offers up to 7 live football games a week from the best leagues in the world.

This July, W-Sport channel is airing live matches of Women’s Euro 2022 and Women’s Copa America. Other women’s sports on the channel include motorsports, basketball, volleyball and cycling, among others. The channel is currently available to dish users (DTH) on StarTimes.

Meanwhile, the Super Falcons coach Randy Waldrum has revealed that his target is to win the 2022 Women’s Africa Cup of Nations.

Nigeria continued their push for another continental title with a hard-fought 1-0 victory against Cameroon. The Super Falcons started the tournament on the wrong foot, losing their opening match to South Africa.

However, they have picked themselves up since that defeat, securing emphatic wins against Botswana and Burundi.

The Super Falcons continued with their brilliance in the quarterfinals, beating one of the tournament favorites Cameroon.

Rasheedat Ajibade’s perfect-placed header which sailed into the goalposts ensured a semifinal spot at the WAFCON and a World Cup berth for Nigeria. 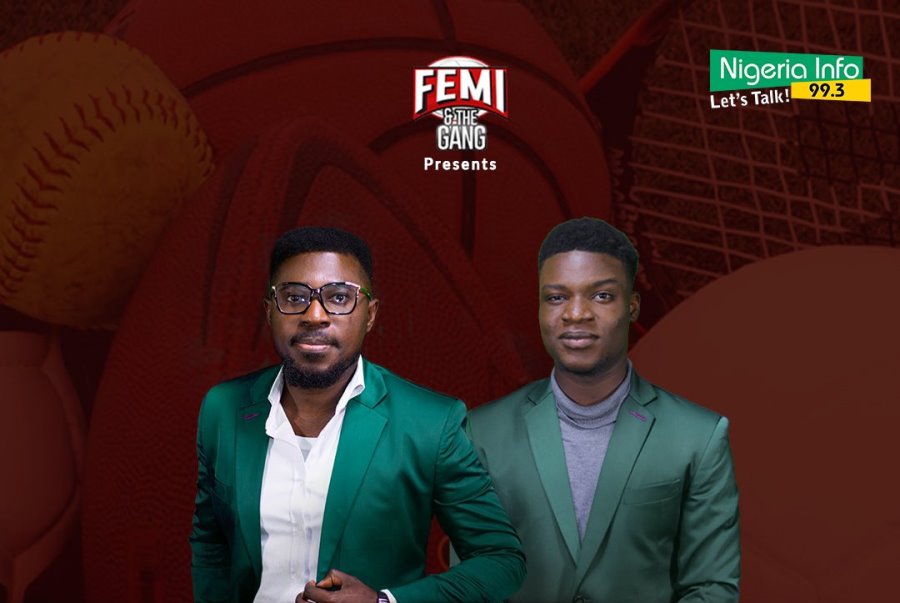 Femi and The Gang Fan Battle

Nigeria’s leading radio station, 99.3 Nigeria Info, has unveiled its plans to build a formidable sports-broadcast army through the launch of the third edition of the “Femi and The Gang Fan Battle.”

This is in a bid to create a platform that provides sports-loving Nigerians with an avenue to showcase their in-depth knowledge on football-related topics.

The “Femi and The Gang Fan Battle” is a competition that seeks to strengthen the friendly sports ecosystem across the country by providing Nigerian youths with the opportunity to engage with one another through intelligent debates on the exciting game of football while the winner clinches the grand prize of a million naira. The competition further aims to serve as a launchpad for a new generation of sports broadcasters who will raise the bar of sports journalism nationwide.

Commenting on the launch of the competition, Femi Obong-Daniels, the General Manager and Group Head of Sports for Cool FM, Wazobia FM, and Nigeria Info, noted that the “Femi and The Gang Fan Battle” provides football lovers with an opportunity to demonstrate their passion for the sports.

“Nigeria Info’s “Femi and The Gang Fan Battle” is a sports-driven initiative that is primarily designed to promote the game of football in both entertaining and educating ways across the country. The competition also serves as a unique platform that provides Nigerian youths with the chance to become renowned sportscasters which invariably could position them as giants within the sports industry over time. It is against this backdrop that we at Nigeria Info are embarking on this journey to provide sports-loving youths with the golden opportunity to make an impact by developing their passion points,” he said.

The “Femi and The Gang Fan Battle” is a youth-led initiative of Nigeria Info that seeks to contribute to the overall development of Nigerian youths on a national scale.

To catch every moment of the competition, tune into 99.3 Nigeria Info between Monday to Friday from 7 pm – 9 pm to be a part of the sporting experience.