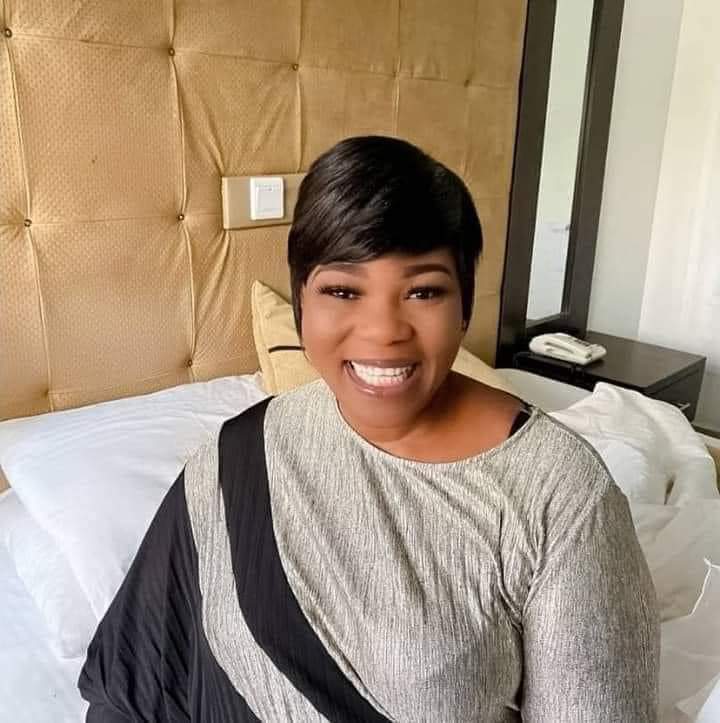 Actress Ada Ameh died yesterday which was Sunday the 17th day of July 2022.

The actress who is well known for her role as “Mama Efe or Mrs Johnson” in the comedy soap series called The Johnsons, Had earlier last month came out to disclose how she’s been battling with depression after burying 8 of her family members including her only daughter.

During her interview, she explained how she had buried her 3 of her brothers, 3 of her sisters amongst which one was a Nigerian female football coach, Then she narrated how she also buried her dad, and lastly her daughter who was her only child. She said that was one of the most difficult moments in her life as her child was practically like a sister to her owing to the fact that she bore her when she was just 14 years old. After her daughter’s death, she said she thought she would be the next person to die but however she lived and was battling with serious depression which she was already recovering from until the sudden news of her demise hit the internet.
It’s very unfortunate that no one thought she would die so soon since she was already doing better. Her Instagram page showed how she’s been having a good time with her friends whom she traveled with over the weekend to Delta state. Infact her last post as of thesame day she died showed her eating excitedly with her friends and she showed no sign of sickness or depression, so the news of her death remains a mystery at least for now.
It was gathered that she had slumped in the night of Sunday and was taken to the Delta state Hospital where she was later confirmed dead. With her family loosing so many family members, we hope her mother and those concerned finds the courage to bear this loss, as this is a huge loss to even the Nollywood industry as her fans have been praying that it should all be a fake news.

BURYING 8 FAMILY MEMBERS HAD A TOLL ON MY MENTAL HEALTH: Actress Ada Ameh

My crises nobody knew about – Adekunle Gold speaks out. 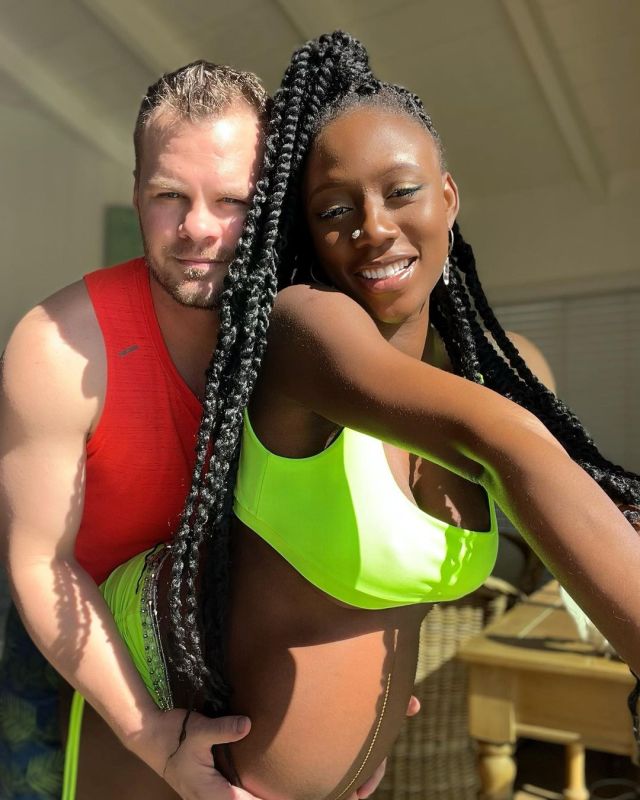 The America based Nigerian professional dancer, Korra Obidi gave an update on her divorce journey. She had been married to Doctor Justin Dean until earlier this year, Just after the birth of their second daughter, Her estranged husband announced that he wants a divorce.

She lamented on how her husband also filed to take full custody of their daughters permanently whilst they’ve agreed to co-parenting. But thank God the Judge denied him the request.

He also filed to get Emotional damage support from her for causing him mental break downs.

According to her, Since the beginning of their divorce in may, He hasn’t been taking care of their daughters needs financially. She has been the one paying the bills, And now he wants to get money from her for himself too. Sounding so displeased, She said she’s been quiet about it all seeing how long their divorce case has been dragged, But for this recent development, She might be suing him for defamation.

Nigerian singer, Davido’s Domestic Staff in police custody over the death of his son 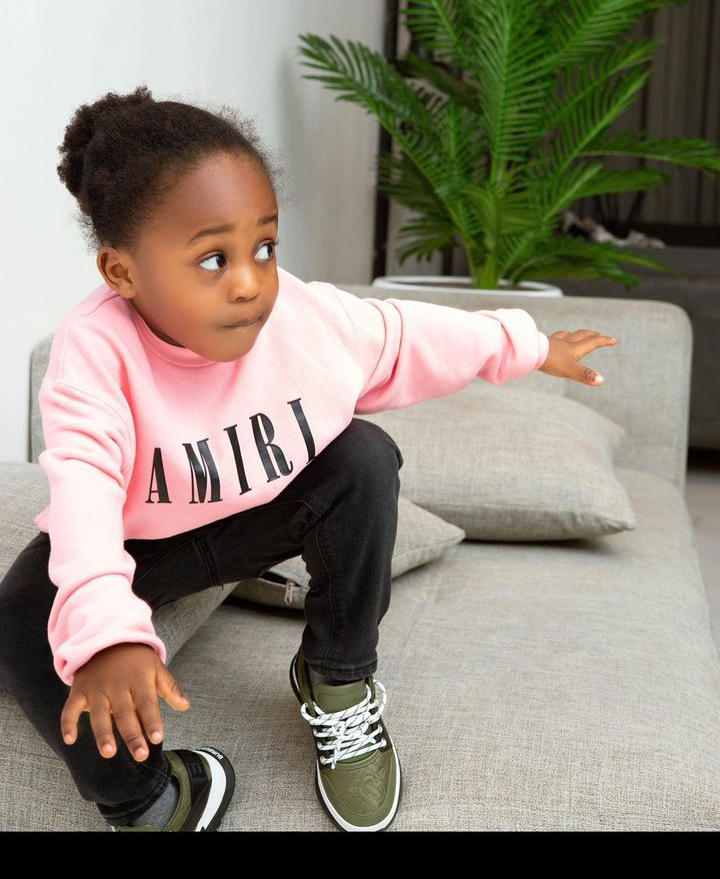 The popular Nigerian Singer and son of one of the wealthy men in Nigeria, Davido, Just lost his son. The news of the sad event circulated in the late hours of Monday and became a shocking breaking news on Tuesday morning. According to informations, The sad death of the child happened as a result of negligence as the three year old baby drowned in a pool in their family house in Banana Island.

Following the death of the boy, The Lagos State Police Command has confirmed that all members of the singer’s domestic staff are currently in police custody.

The command’s spokesperson, Benjamin Hundeyin confirmed this to Daily Post on Tuesday morning after report of Ifeanyi’s death went viral.

The DMW boss and his fiance, Chioma Rowland were away from the house when the boy drowned in a pool at his father’s house in Banana Island on Monday.

Speaking with Daily Post on the unfortunate incident, the Lagos PPRO said preliminary investigation is currently ongoing to unravel what led to the boy’s death.

He said, “Domestic staff at Davido’s home have been taken to the station to give their own account of what happened. I wouldn’t call that arrest yet.

“If after they all give their own account of what happened and after preliminary investigations, if anyone of them is found culpable, the person will now be placed under arrest”

Just recently, Davido and Chioma reunited after a long break from their relationship. The father of initially three kids from three different baby mamas including Chioma made his intentions of marrying Chioma in the year 2023. It is so painful that this ugly incident had to befall them.

May God grant them the fortitude to bare this loss.

READ ALSO: Davido at 10 – Spotify shares some of the details behind his iconic debut album

Photo News: How some of our favorite celebrities showed up for Don Jazzy’s mother’s funeral 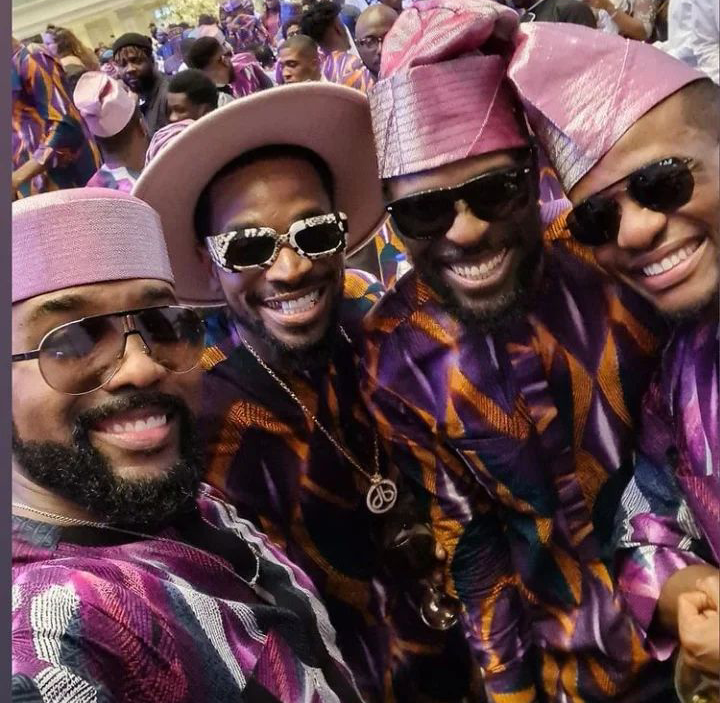 Earlier this year, The Iconic Nigerian Singer and Producer, Don Jazzy lost his mum. He made a post about it narrating how sad it was that she passed after battling with cancer. However, he knows his mum lived a life worth celebrating.

And as expected, the turn up for his mum’s funeral was massive as a lot of friends and colleagues showed up to honour his mum. Pretty Mike of Lagos as usual, came with his leagues of ladies in a dramatic way. Comedienne Warri Pikin Even took to her social media handle to praise the Producer, According to her, she said this will be the first time she is receiving Aso-ebi for free without being asked to pay for it.

Anyways, here are some pictures of some of the celebrities and how they showed up to show their support. It was all shades of love in purple.

And a lot of others who showed up. We deeply send our condolences to Don Jazzy and his family.