Honestly, you need to be a critical thinker to discern certain things in this volatile space called social media. Don’t be too quick to agree and believe certain information, especially the sensitive ones. Always do your research. Dig deep and deeper. Research requires skill. It goes beyond just extracting information on Google. Not all stories or even opinions deserve to be in the public domain. Some stories are simply wacky and blended with falsehood.

It’s even more disgusting to see people you hold on high esteem to mess up this digital space with unfounded stories. You don’t wish to disagree with on social media because you highly regard them. You see them as role models and sometimes you feel like bashing them but you don’t. And as for those ones you know personally. You are meticulous about how you put your words across to them. You don’t want to sound disrespectful with your words. Ironically, some of them might even want to bash you if you have an opposing view. That’s crazy, everybody is still learning. Nobody knows it all.

Yesterday, it was all over this volatile space that ”Reverend Mbaka is this”, ”Mbaka is that” ..Bla Bla Bla… One of those whom I regard was not left out. He lambasted the Clergy. What was Mbaka’s offense? He used different case studies to preach forgiveness to his congregation. And one of those examples he cited is a particular scenario from the ongoing Big Brother Nigeria TV show.

On this same TV show, one lady verbally abused a young man for no justifiable reason. It was on this premise that Reverend Mbaka said the ’lady will not win the prize’. Eventually, the lady lost out. What is wrong in illustrating a point with practical examples? I am sure that most of his congregants watch the TV show. So, it was just easy for the Clergy to pass his message to them using it as a case study.

Boom! All the bloggers cast their ridiculous headlines. Some people updated their timelines as usual even without trying to verify the information. It was a clear and simple message to the church, deliberately or ignorantly taken out of context. Many people will only read a headline and drop misleading comments. The video clip through which Mbaka addressed the congregation is still available. Don’t just post on your timeline without watching that video. Watch the video and analyse it yourself.

As it stands now, it appears that some people are just looking for every slightest opportunity to attack Nigerian Clergies. When a pastor falls short, it becomes a thing of celebration for some people. It becomes another justification for your sentiments. There are many instances; in fact, the list is endless.

Did you see the numerous posts about CAMA? I mean the bill that seeks to somewhat regulate the churches. It’s outrageously pathetic when I read certain views. So, it is wrong for churches to have bank accounts in the digital age? Pastors are rejecting the CAMA Bill because they are scammers. It that what that means to you? If your pastor scams you, you are simply ignorant. The way Christ lived on earth is well detailed. If you follow his teachings, you will not be scammed.

So here is the point – resist that temptation of being too quick to spread falsehood. Research and Think!. Research and Think. I cannot emphasize this enough. It doesn’t matter who is posting or writing. A lie told many times always seems to be true. It only seems, but it is not the truth. I guess this is just the reason, the Nigerian Government wants to pass the Social Media Bill. Nigerians have opposed it but they still want to go ahead with it.

Trust me, the effects of falsehood are ravaging. Facebook, Twitter, and co. have been the catalyst to this problem. Trust me, there is so much junk on social media. Even the educated and influencers contribute to these junks. And they sound so intelligent. So, it can very easy to be influenced when you see their posts. Again, Research and Think.

Till now many people still believe that President Buhari is dead. Some said he was cloned (Jubril). How stupid was I to have believed such nonsense and falsehood! The man they said is dead was with Pastor Adeboye (Redeem Church General Overseer) recently. Governors, Ministers, Lawmakers have been meeting him.

His daughter got married, dignitaries were there. Both the political and non-political classes were all present. You have also seen pictures of him with those people too on social media. A few months ago, Donald Trump confirmed that Buhari called him asking for ventilators. And you are still dumb to believe that Buhari is dead. You can only deliver yourself from such mental slavery. Just you alone.

Again, did you know that even this new electricity tariff news has attracted many falsehoods? When you see millions of people writing stuff on a particular issue you think they are informed. Get your ass to work by carrying out your research and stop accepting everything you see on social media.

However, I am not disputing the goodies which social media has brought. The message is simple – if the proposed Social Media Bill seeks to eradicate falsehood and not to suppress constructive public opinion. Then, we are good to go. The primary purpose of that bill should be eradicating falsehood and nothing more.

Justice Godfrey Okamgba is a journalist. He writes from Lagos.
godfreyjustice67@gmail.com 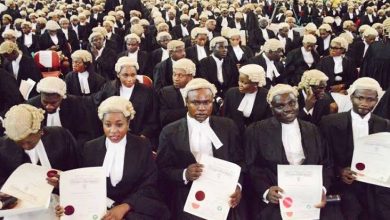 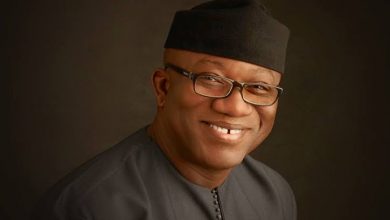 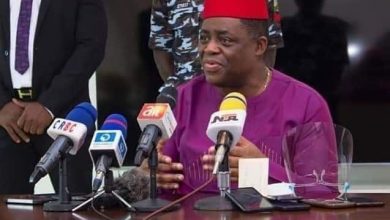 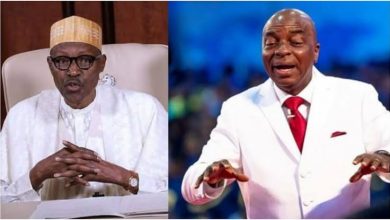