All Progressive Congress (APC) is beginning to gain traction ahead of the gubernatorial election as Prince Emmanuel Odigie, who also announced his resignation.

The erstwhile ally of Governor Godwin Obaseki, announced his resignation from the Edo State Oil and Gas Producing Area Development Commission (EDOSOGPADEC) and defected toAPC alongside his supporters.

Grassroots.ng recalls how some of the Governor’s supporters have been resigning from their various positions.

Again, Odigie who hinted about his exit from the Edo state government recently declared his support for the APC and its candidate, Pastor Osagie Ize-Iyamu. The governor’s special adviser, Hon. Bright Njor of Ugbeka Ward 03 also resigned his position.

The duo said they will now be working relentlessly to ensure the emergence of APC and Ize-Iyamu as governor of the state in the resignation letters they sent in.

In the letter, Odigie explained that the lack of issue-based campaign and lack of human face of the Peoples Democratic Party (PDP) government in the state was the reason he left.

“If you are not supportive of his election bid he is ready to take on you. He has demonstrated it again and again. He started with Oshiomhole, he deployed Edo taxpayers’ resources to fight Oshiomhole, mobilised people from Benin to Abuja to protest.”

He lamented that the APC, a party that fought for the governor and gave him the ticket, was the same party he tore apart. “Fourteen members of the House of Assembly, he refused to swear in.

The National Assembly, the national leadership of APC, state chapters, traditional rulers, everybody appealed to the governor, ‘swear these people in’. He refused to listen to anything,” Odigie lamented.

On governance, Odigie said that Obaseki is not a transformational leader, noting that “that was a mistake Edo people made.” 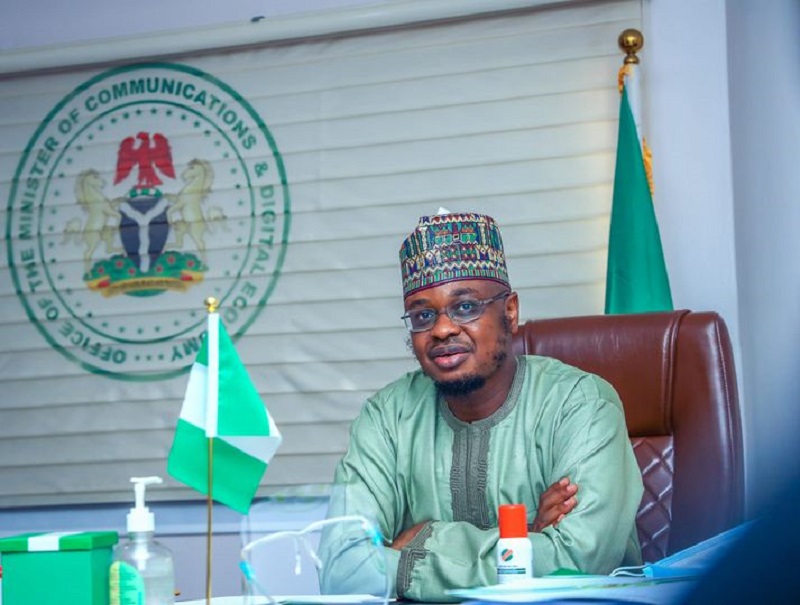 Nigeria is almost at the advanced stage to start deploying the fifth-generation (5G) cellular networks from January 2022, the Minister of Communication and Digital Eeconomy, Isa Pantami has said.

He revealed this during a town hall meeting in Maiduguri, Borno state, on Thursday through his representative, Ubale Maska, NCC commissioner for technical services.

He said the deployment became necessary as there are over 50,000 telecommunications sites across the country and about 16,000 outages recorded by mobile network operators (MTN, Glo, Airtel, 9mobile) between January 2021 and July 2021.

Pantami blamed the outages on fibre cuts, access denial and theft, leading to service disruption in the affected areas.

The Minister who condemned situations where telecoms installations were destroyed in terrorist attacks which had not been replaced as a result of the intense security issues and tensions in north-east states, urged the national assembly to speed up the passage of the Critical Infrastructure Protection Bill for onward submission to Muhammadu Buhari for assent.

[OPINION] Wike, VAT and the Quest for True Federalism 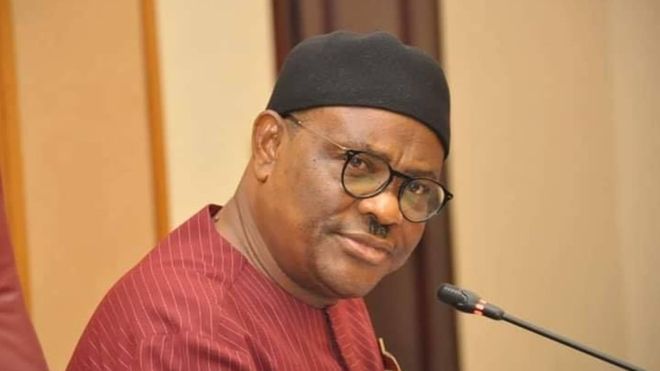 “Boldness is not second to everyone, it is intentionality.”
— Janna Cachola

History is being made in Rivers State. There is a bold move by the State Government at challenging the retrogressive status quo of the federation. Nigeria’s political structure is not only lopsidedly skewed against the states but has become a clog on the nation’s wheel of progress. Like local government areas, the states are mere appendages of the behemoth center—yet we call this country “Federal Republic of Nigeria”. It is feeding bottle federalism!

Failure to make any meaningful progress in the direction of restructuring, in the last few years, has birthed agitations for self-determination, especially in southern Nigeria. Restructuring advocates are opposed to separatist campaigners calling for total balkanization of the country. While true federalists believe that Nigeria can still be salvaged via restructuring, self-determination proponents have been pummeling them for not walking their talk.

Rivers State Government has changed the game. Age-longed problems cannot be solved by persistently and indefinitely talking about them without action. There comes a time in history when courageous and well-calculated actions are left to do the talking because all talk and no action makes someone a rabble-rouser reveling in ramblings. Rivers State decided to confront the hydra-headed monster of unitary structure that made states subservient to the center.

The bone of the contention is Value Added Tax (VAT).

On August 9, Justice Stephen Pam of Federal High Court, Rivers State, ordered the tax agency of the FG, the FIRS and the Attorney General of the Federation, from collecting VAT and Personal Income Tax (PIT) from residents of Rivers State. Federal Government via FIRS fumed and vowed to appeal the judgement.

Rivers State Government did not stop there, it ensured that the State Assembly legislated on it through a bill, which was swiftly signed into law on August 19, 2021, as Value Added Tax Law No. 4 of 2024 by the man behind the wheels—Governor Nyesom Wike. I doff my cap for this courageous move of Rivers State Government.

There are insinuations in the media that FIRS is lobbying National Assembly to put VAT in the exclusive list, in order to legitimacy its illegality—to continue the exploitation, and but this move is dead on arrival. I am sure that even all other states will sleep and allow the agency to ambush the states using National Assembly, Rivers State Government under the leadership of Governor Wike will not allow this to happen.

Back to issue at stake—VAT.

Value Added Tax (VAT) was introduced in 1993. The sharing formula; states—50%, LGAs—35% and FG—15%. FIRS gets 4% from FG’s share as operational cost. But the subject of controversy had been whose duty it was to collect VAT—states or FG via FIRS? but the judgement of Federal High Court has lent credence to narratives of restructuring advocates; though FIRS said it has appealed the historic judgment. Let wait and see how it goes. But why is it running to National Assembly if it has water-tight case?

VAT falls under consumption tax, which is within the state government power to collect and remit 15% to the Federal Government. Majority of the VAT are generated from the states, which gave them lion share of 85% in the sharing formula. Why then should FIRS, on behalf of Federal Government, collect VAT and distribute to the state? Did states complain that they lack capacity to collect VAT?

FIRS collection of VAT from states and distributing same via the Federation Accounts Allocation Committee (FAAC), is tantamount to robbing Peter to pay Paul. Majority of the VAT remitted to FAAC monthly comes from just few economically viable states with high volume of VAT generation like Lagos, Rivers, Ogun, Delta, Enugu, Akwa Ibom, etcetera, yet other states get rewarded for indolence and crass unproductivity—the reason Nigeria is economically backward—and poverty capital of the world.

FAAC shared a total of N733 billion as June, 2021 revenue, out of the sum, VAT revenue got N143.6 billion—huge chunk of the VAT came in from alcohol consumption. Look at the injustice and irony here, majority of Sharia-compliant states that routinely destroy alcoholic beverages in their states, did not only partake in revenues from VAT but got lion share of it—going by the hegemonic template of using number of states and local government councils to share revenues.

Why will someone drink beer in Lagos and another person in Kano State that detest alcohol as a result of religious belief gets more share in the distribution of VAT emanating from the produce? This is wickedness taken too far. I strongly stand with Governor Nyesom Wike and Rivers State Government on this courageous step to end this official theft.

Other state governments with huge volume of VAT generation should throw their weight behind Rivers State and see this to a logical conclusion. This is the real battle for a restructured Nigeria. The die is cast. Governor Wike has shown leadership where it mattered mostly and should be railed round. There is a weighty allegation that FIRS illegally withholds some VAT it collects on behalf of the states—it remits only a fraction of what truly comes into it coffers.

States do not control FIRS; its operations and recruitment process, thereby cannot efficiently monitor its modus operandi yet FIRS generates most of its revenues from the states. Ideally, FIRS should not collect VAT outside Abuja—FCT; where FG has substantial control of its Internally Generated Revenues. It VAT collection influence should be limited to FCT alone.

While signing the historic Value Added Tax bill into law, Governor Wike could not hide his ill feelings towards impunity of Federal Government using FIRS to strip states of their VAT revenues, of which made state governors to always go cap-in-hand begging for financial support from the center. He was quoted as saying:

“In this (Rivers) state, we awarded contract to companies and within the last month we paid over N30billion to the contractors and 7.5% will now be deducted from that and to be given to FIRS.

“Now, look at 7.5% of N30billion of contracts we awarded to companies in Rivers State, you will be talking about almost N3billion only from that source. Now, at the end of the month, Rivers State government has never received more than N2billion from VAT. So, I have contributed more through the award of contracts and you are giving me less. What’s the justification for it.”

With this calculated move that has quaked the foundation of the FIRS and rattled Federal Government, Governor Wike has become the Moses of our time leading true federalists to the promise land of a restructured Nigeria. We are morally bound to give him all the support. 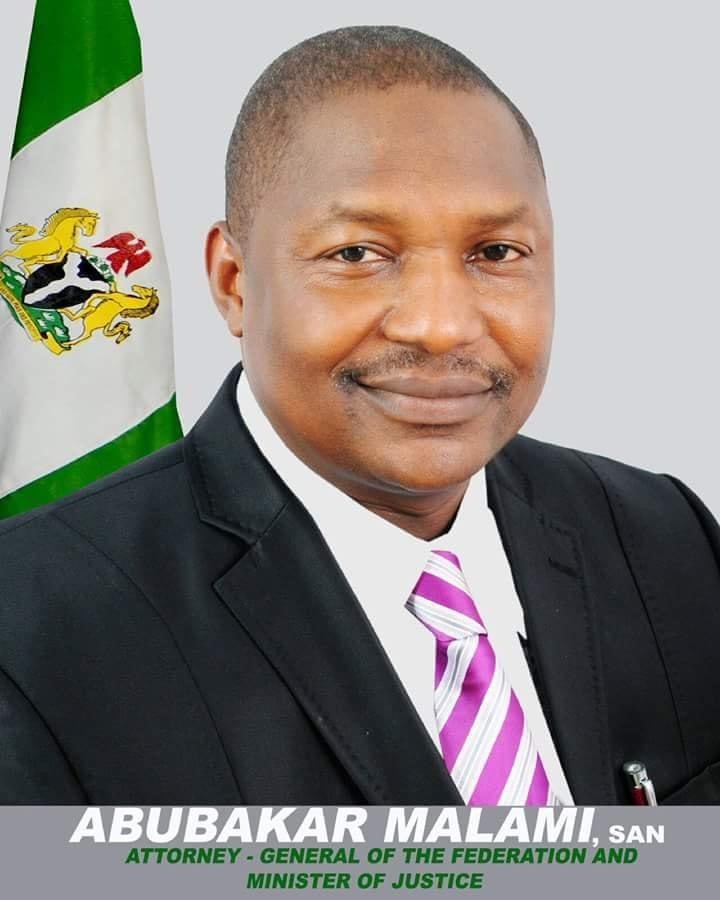 Abubakar Malami SAN, Attorney General and Minister of Justice, has debunked social media reports that he ignored presidential directives on the ward congresses of the ruling All Progressives Congress (APC).

Grassroots.ng understands that Vice President Yemi Osinbajo convened a meeting in his office to deliberate on the ruling of the Supreme Court on the Ondo governorship election with all the lawyers in President Muhammadu Buhari’s cabinet had agreed that the congresses which held last Saturday should be suspended.

However, Malami rejected the submission of other lawyers and insisted that the congresses must go ahead.

However, in a statement signed by Umar Gwandu, his Special Assistant on Media and Publicity said the conduct of the congresses is entirely the affairs of the APC and has nothing to do with the Minister.

“It is important to put the record straight that congresses and the conduct thereof are a function of a political party and not the office of the Attorney General.

“The Honourable Attorney General of the Federation and Minister of Justice is not responsible for the implementation of directives relating to party administration as it is rightly known.

“It is, therefore, incongruous and antithetical to common sense to think that the Honourable Attorney General of the Federation and Minister of Justice refusing to obey directives over which he has no legal responsibility to execute”.

“The allegation does not represent the true position of things, please.

“It is a common knowledge that the two eminent personalities are both lawyers, hence could be entitled to their respective opinions within the context of Section 39 of the Constitution of the Federal Republic of Nigeria that upholds freedom of expression.

“It is a tradition and normal experience in life that lawyers express divergent opinions which in some cases are not rooted in the majority decision of the Supreme Court on speculations and insinuations.

“The Honourable Attorney General of the Federation and Minister of Justice is not bound by any conclusion put across which should naturally be persuasive and not binding.

“The Honourable Attorney General of the Federation and Minister of Justice remain law-abiding and wholeheartedly abiding by presidential directives.”