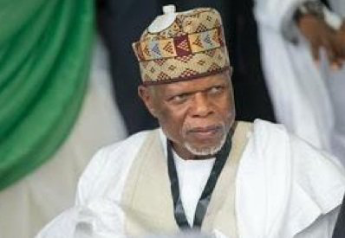 The Apapa port Customs Area Controller, Comptroller Mohammed Abba-Kur said the total of 328 containers of various goods valued at N19,545,849,108 that contravened the law were seized showing an increase above 37 containers that were seized same period of last year.

The command also made seizures of pharmaceuticals, foreign rice, used clothing and other items in 129 containers with total duty paid value of N3,640,894,888 in the third quarter of the year.

Abba-Kura hinted that for the third quarter, the command collected N140,335,570,076 as revenue from customs duty and other charges between July and September 2020.

“The difference recorded was made possible as a result of resilience of officers in ensuring that Importers and agents are made to do proper declarations, adhere strictly to import/export guidelines in tandem with extant laws”

On the seizures the Command boss said “These items were seized mainly because of various forms of infractions which range from false declarations, non-adherence to import/export guidelines and failure to comply with other extant regulations as enshrined in the Customs and Excise Management Act (CEMA)

“In the area of export trade, the period under review recorded exportation of goods worth N26,273,706,822 exported from the country 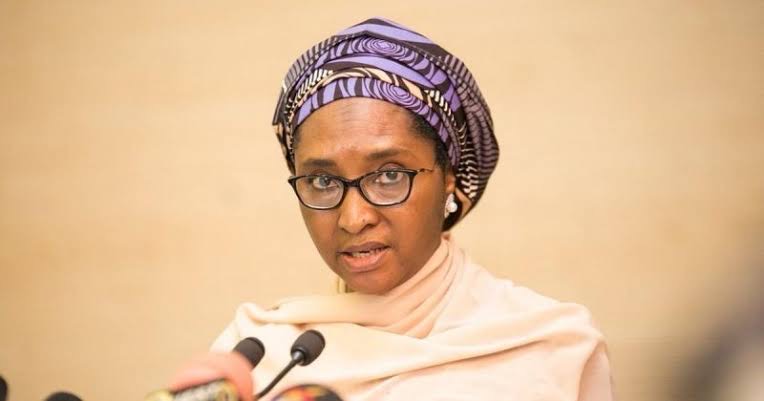 The Minister of Finance, Zainab Ahmed, on Friday, said the Federal Government’s planned sale of public assets will benefit Nigerians and help to boost the economy.

In an appearance on Channels Television’s Sunrise Daily, Mrs Ahmed, who is also the Minister of Budget and National Planning, said some government assets are currently moribund and provide little or no value to Nigerians in their current state.

“There are some government assets that are dead that can be sold to the private sector to be reactivated and put to use for the benefit of Nigerians,” the Minister said.

On January 12, Mrs Ahmed had revealed the government’s plan to sell public assets to partly finance the N13.58 trillion 2021 budget.

On Friday, Ms Ahmed stressed that the “intention is not just funding the budget, it is to reactivate these assets and hand it over and have them bring contributions to the growth in the economy.”

She added that the Bureau of Public Enterprises will begin to coordinate with other arms of government on the asset sales in the first quarter of the year.

” . . . in the last week of December, we had a meeting of the National Council on Privatisation where we approved the annual work plan, the 2021 work plan, for that Bureau of Public Enterprises,” she said.

“And I guess it is in this first quarter that the BPE will now be engaging the Senate committee and other committees they work with to say this is our work plan for the year.” 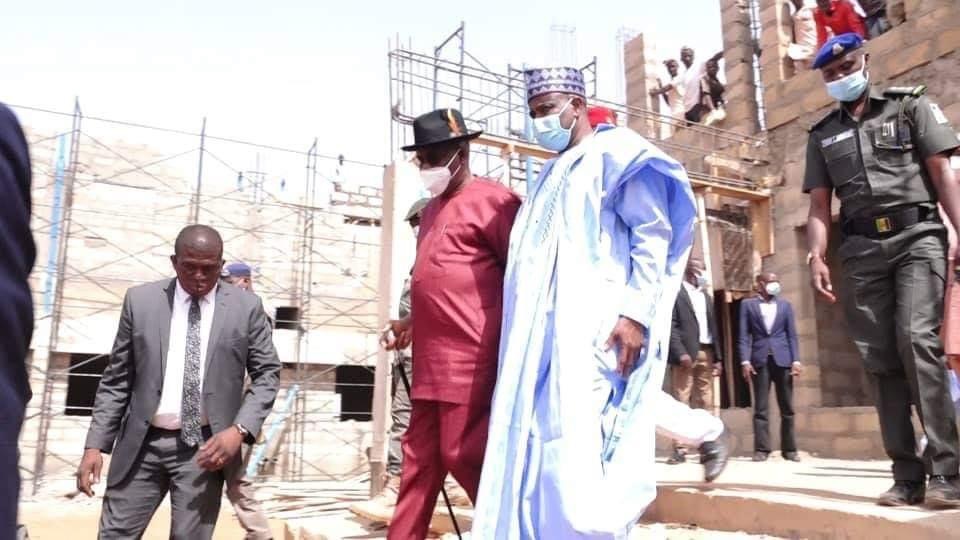 Part of the money will also be used to support victims of the devastating fire that destroyed goods worth billions of Naira.

Rivers State governor, Nyesom Ezenwo Wike, made the pledge during when he visited Governor of Sokoto State, Aminu Waziri Tambuwal on Wednesday.

Governor Wike who was conducted round the destroyed market by Governor Tambuwal, said he was saddened by the devastating fire that razed over 60 percent of the 16000 shops there.

“We have come here to commiserate and sympathise with our brother, our friend and the good people of Sokoto State on what had happened to one of the biggest market in this country, the Sokoto central market.

“When I got the information last night, I was touched and I said as brothers, what affects you affects us. What affects Sokoto State affects Rivers State.”

Governor Wike expressed his appreciation to the various security and paramilitary agencies that prevented the fire from destroying the entire market.

He pledged that the government of Rivers State will support Sokoto State to rebuild the market and ameliorate the plight of the traders with N500 million.

Governor Tambuwal thanked Governor Wike and the people of Rivers State for the kind gesture.

Governor Wike also paid a courtesy visit to the Sultan of Sokoto, Muhammad Sa’ad Abubakar in his palace to commiserate with him over the demise of junior brother , Hon. Abdulkadir Jeli Abubakar, who was Sokoto State Commissioner for Home Affairs.

In his response, Sultan Abubakar, acknowledged the age-long relationship between Sokoto and Rivers State and lauded to Governor Wike for sustaining it. 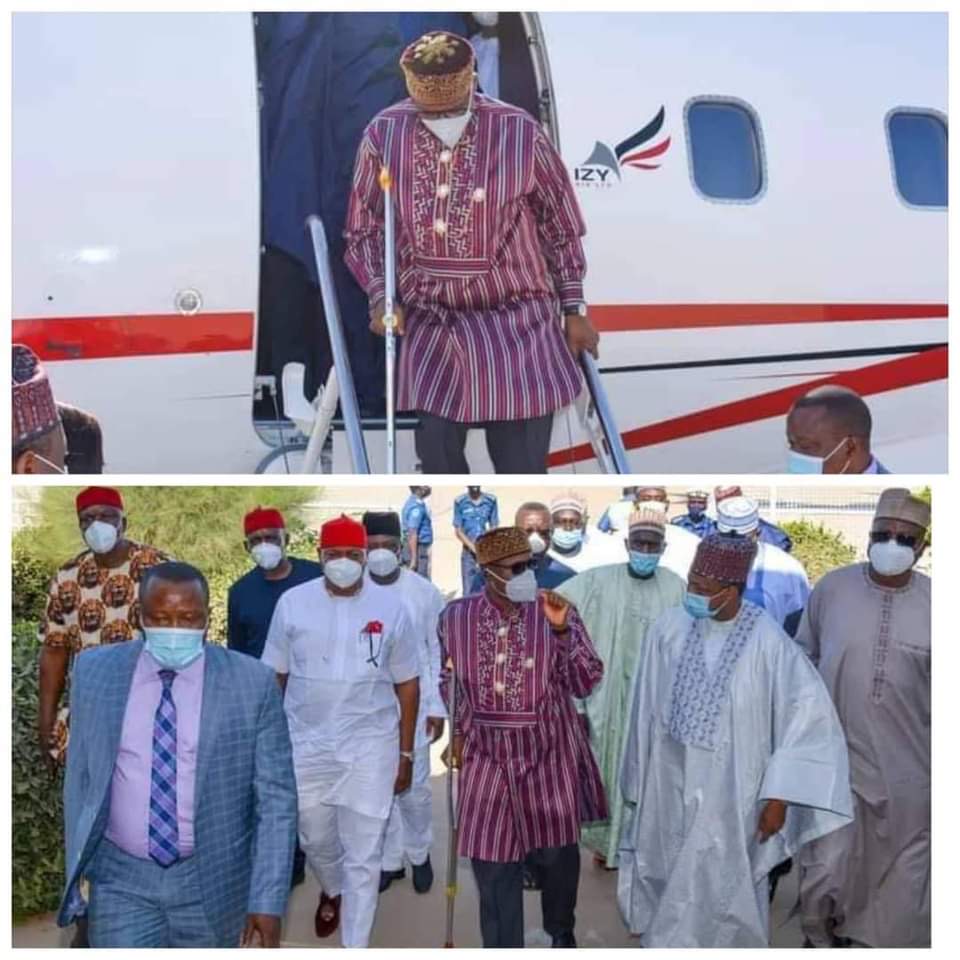 Comments have continued to trail trending photos which captured the Hon. Minister of Transportation, Rt. Hon. Chibuike Amaechi, walking with the aid of crutches during the commissioning of an orphanage home and Arabic School in Kaita Local Government Area of Katsina State on Friday.

While details of the circumstances surrounding the Ministers sudden reliance on a walking aid seem sketchy, some Nigerians who gloated over the photos said the Minister may be suffering from an ankle sprain while others concluded that he may be having either plantar fascitis, hemiplegia scissors gait or motor neuron lesion and prayed for his speedy recuperation.

Reacting to the development, chieftain of the All Progressives Congress, erstwhile National Publicity Secretary of the defunct New Peoples Democratic Party (nPDP) and a close associate of Amaechi, Chief Eze Chukwuemeka Eze commended Nigerians for their deep concern but however dismissed comments linking the Minister’s use of crutches to either hemiplegia scissors gait or planter fascitis adding that Amaechi is neither suffering from knee arthritis, nor lower motor neuron lesion, describing such assertions as unfathomable.

In a statement made available to media houses, Chief Eze said many Nigerians and people of goodwill have expressed very dreadful concerns seeing Minister Amaechi walk with crutches while on official duties and as a result, have flooded his cell phone lines trying to enquire the state of health of Nigeria’s decade best Minister and why he is relying on a walking aid.

The party chief said he was however prompted by public concern to engage the Minister, who confirmed the verisimilitude of the trending photos, Sunday morning and said he had a hairline fracture but assured he is getting pretty better.

In a conversation with Eze, Amaechi was quoted as saying thus: “…I had a hairline fracture on 31st December, 2020 but I have been working with it all these weeks before the public pictures showing me with crutches. Nobody should express any fear as my Doctors are on top of it”.

Eze noted that walking and working in pains and crutches simply demonstrates the patriotic zeal and commitment of the Minister in contributing towards rebuilding Nigeria to suit the fancy of the founding fathers of our nation.

Notwithstanding, the party Chief appealed to President Muhammadu Buhari to direct Amaechi to rest a little while and allow for a quick recovery from the painful fracture because according to him, Amaechi with his level of patriotism, is ready to risk his life in the service of the Nigerian nation.

While calling on Nigerians to continue to remember the Minister in their prayers especially, for his total recovery, Eze condemned those celebrating the temporary inconvenience involving the Minister describing them as satanic.