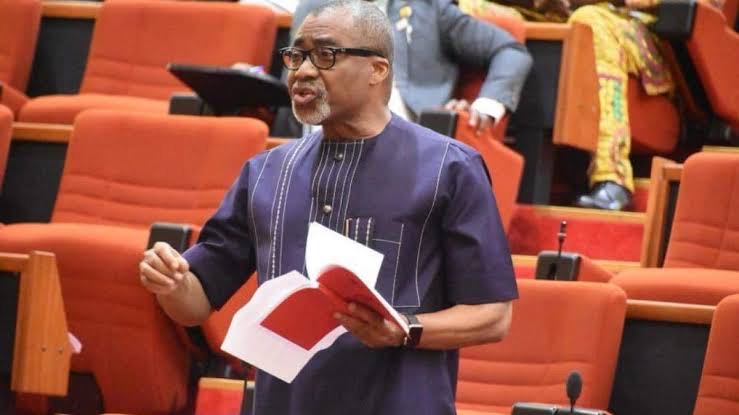 With all the negatives spewing up in the country, Senator Enyinnaya Abaribe believes the President Muhammadu Buhari government has failed over 200 million people.

In a monitored Interview by Grassroots.ng on Channels TV, the outspoken Senator insisted that there is no way to paper over their failures.

“The party (PDP) has its position and the position is very simple: this government has failed,” the Senator who represents Abia South said.

“You don’t have any other way of trying to cover it. You can say all the rhetoric, you make all the propaganda. You can go ahead and try to pull the wool over the eyes of the people but the #EndSARS protest showed a failure of this government. It is not that is just failing now. It has been failing all along and we have been continually pointed it out.”

The Senate Minority Leader accused the government of failing to listen to advice and always seeing every counsel as an opposition that should be crushed.

He claimed the present government is mired in the past and does not have any connection with the 21st century.

“On the floor of the Senate, I have always spoken, ‘You are not getting it right,’” he explained.

“The only problem we have with this government is that advice to them is like an opposition they need to crush. They just think that in the 21st century that with all the information we have; with all the contacts that we have with the rest of the world, that people will just continue being subdued as they used to do in Stalin’s country (formerly the Soviet Union) or in North Korea and all that.”

While reiterating that the Buhari administration has failed in delivering development to the nation, he stated that “all we are waiting for is to throw out this government in the next election.” 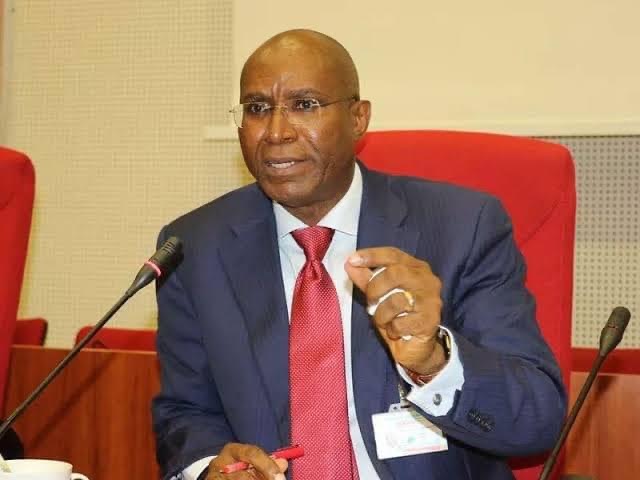 The Deputy President of the  Senate, Ovie Omo-Agege, on Wednesday responded to Nigerians who have been clamoring for the 1999 constitution to be abolished.

In a statement seen by Grassroots.ng, the lawmaker who is also the Chairman of the Senate ad-hoc Committee on Constitution Review said the National Assembly lacks the powers on such an issue.

He explained that the National Assembly had no powers to replace the current Constitution but that it could only amend it.

He said the advanced democracies like the United States of America where Nigeria’s presidential system of government is fashioned after, also engage in piecemeal amendments.

He also said Sections 8 and 9 of the 1999 Constitution (as amended), equally made provisions for piecemeal alteration of the Constitution.

He, therefore, urged those calling for a new Constitution to channel their energy towards participating actively in the ongoing amendment of the Constitution by the  9th Assembly.

US Attorney General Says No Evidence Of Significant Election Fraud 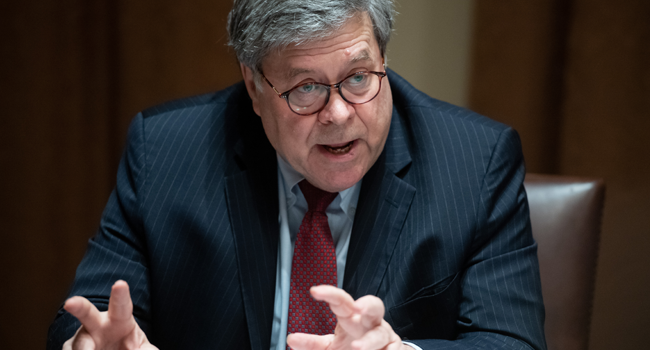 “To date, we have not seen fraud on a scale that could have affected a different outcome in the election,” Barr told the Associated Press in an interview.

Barr made the comments as Trump’s campaign persists in trying to prove there was fraud in key states Georgia, Michigan, Pennsylvania and elsewhere, hoping to prevent Biden’s win from being made official in the Electoral College on December 14.

“With all due respect to the Attorney General, there hasn’t been any semblance of a Department of Justice investigation,” Trump lawyers Rudy Giuliani and Jenna Ellis said in a statement reacting to Barr’s announcement.

“We will continue our pursuit of the truth through the judicial system and state legislatures,” they said.

Attorneys for Trump have claimed everything from ballot-box stuffing and fake ballot printing, to thousands of dead people having voted, to vote-counting machines being programmed to favor Biden.

In several legal filings — all rejected by the courts — the Trump campaign has sought to invalidate millions of votes for Biden based on claims that lacked any evidence.

However, he told the news agency, “There’s been one assertion that would be systemic fraud and that would be the claim that machines were programmed essentially to skew the election results.”

“And the DHS and DOJ have looked into that, and so far, we haven’t seen anything to substantiate that,” he said, referring to the departments of Homeland Security and Justice.

Barr, long seen as a political loyalist to the president, said the only potentially justifiable claims of fraud “are very particularized to a particular set of circumstances or actors or conduct.”

“They are not systemic allegations,” he said.

“Some have been broad and potentially cover a few thousand votes. They have been followed up on.”

Barr’s comments were reported about the same time he arrived Tuesday at the White House for unspecified meetings.

Around the time of the election, media reports said Trump was unhappy with the Justice Department Chief for not making efforts to support his reelection, and that Barr could be fired.

“I To Borrow N5bn To Find PDP Campaign – Gov. Umahi 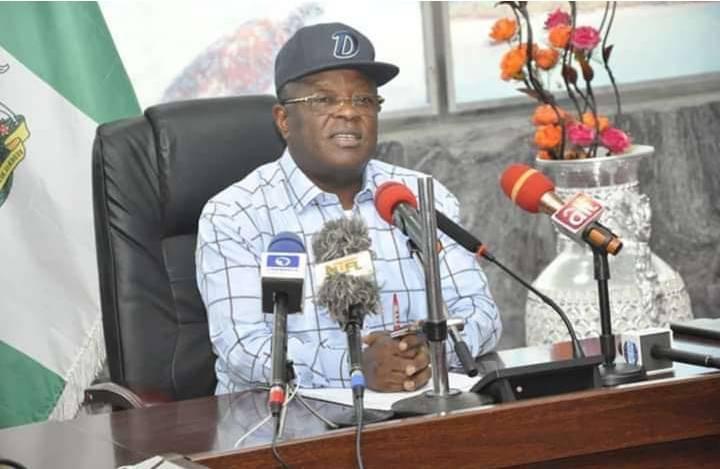 Governor David Nweze Umahi of Ebonyi State yesterday said he was forced to borrow N5bn to fund the presidential campaign of the PDP in 2015.

Grassroots.ng gathered that Umahi who recently decamped to the APC recently, stated this during an enlarged stakeholders meeting of the APC) in the state.

Umahi said: “When I was Deputy Governor, someone in high position from the South-east went and arranged loan of N5bn for me to fund presidential ambition of his government. And I had to sell some of my properties to pay the loan.”

Responding, the acting caretaker committee chairman of the PDP in the state, Fred Udogu, faulted the governor’s claims.

“The Governor has been feeding people of the state with all manner of lies and propaganda just to tarnish the image of the PDP and its members but we are preparing. “Political fight is not a fight with a gun or knife but with intelligence and wisdom, so please disregard the information,” he said.