There is no reason not to eulogize western civilization having saved Africa from her primitive pre-colonial past. An Africa which though still trapped in a nonremedial cycle of crippling poverty and excruciating underdevelopment, no more kills her twin children or sacrifices her people to the gods.

The one little problem remains that at a time when the colonial powers were working really hard to save us from those vices using the instruments of Religion, they held the strongest of our young men and women with arms and feet bound in chains, thrown into the middle of the ocean while waiting to ship to a land far removed from home.

So in the end, Africa’s children still managed to get dehumanized and brutally murdered. Just that the killing fields were located in the plantation fields of Europe and the Americas, under the scorching sun.

Which begs the question, was Religion introduced to Africa for its spiritual value or was it just an effective tool to help the colonialists in their conquest?

I for one, don’t have all the answers but what is not in doubt is that countries that escaped colonialism and so weren’t gifted with the western style religion tend to fair much better in today’s world. If in doubt, just look around, and am not even talking about the far away China. You just have to look at Ethiopia close by and compare her to the rest of the nations of Africa. Same African people with different mindset and yes, very different results.

One of the reason why Nigerian government is unable to contain the virus that is Boko Haram insurgency remains largely do to the existence of an inexhaustible supply of uneducated, jobless, hopeless and hungry group of people called Almajiris. The Almajiri is an Islamic educational system that encourages parents to give up their responsibilities to the attached Islamic school.

Even if you were to concede that the goal is to raise pious kids who will follow on the footsteps of Prophet Mohammed, you still find that the working of the system is a study in unconscionable child abuse and neglect. The system unleashes thousands of young people unable to count the first ten letters of the English alphabet and daily moving around in the streets begging for what to eat.

I have often wondered where that concept originated from given that we are not aware of its existence in countries where Islam is even the State religion. If such practice does not exist in Saudi Arabia, whose idea was it to raise an army of homeless people with a limitless capacity to be exploited for evil in the name of religion? Of course we know the answer. But today, it’s not just about Almajiris and Boko Haram. It’s about a continent that has turned religion on its head in a self-defeatist mindset.

In the book of Genesis, the bible reminds us that God created us in his own image and likeness. If you believe that to be the case, then you should know he expects us to live not just any kind of way but in a manner that reflects a sense of peace and purpose. In order words it was the almighty’s grand design to make his children a spiritual being.

Religion on the other hand is a totally different matter and God in his infinite wisdom didn’t find it necessary to create one. Humans did.

The very essence of Religion is to fulfill humanity’s aspiration to unite as a group of people under the same values and belief in other to facilitate their collective and individual communication with a superior being. Fact.

The problem is that there is a disingenuous effort on the part of some faith leaders to try to equate Religion with Spirituality and nothing could be further from the truth.

The later is your destination whereas the former is a vehicle designed to take you there. Religion therefore is meant to facilitate our Spiritual experience. The bigger question is if indeed that promise holds true in today’s world? Well, maybe in some cases but I will submit to you that there is nothing spiritual about the murderous religious sect called ISIS.

You must know that the world has witnessed too much deception, stealing and savagery by men that dress up in immaculate white robes preaching prosperity every Sunday morning. We are all too familiar with folks who lost their lives in the hands of those that answer to the muezzin’s salat calls five times a day. Those are all religious people.

It’s impossible to have an honest discussion about Africa’s intractable sectarian violence and extremely poor economic performance in the global stage without recognizing the ignominious role played by religion. Though the two major religions practiced in the region originated from outside of the continent, our practice of it is so remarkably different that you begin to wonder if we imported a counterfeit.

In spite of all the issues raised above, there is no denying the fact that religious bodies in many instances have played a crucial role in shaping our society as a force for good. Both Christian and Muslim charities have lifted the downtrodden and attended to the sick and dying children all over the world during a time of war or peace which is highly commendable. But that right there is human spirituality at work and not necessarily because of religion.

There are atheists and agnostics who had done more and even gone ahead to adopt the service of others as a creed of their very own existence.

Of course am pretty sure the topic of this discus may sound very controversial to many or even outrightly scandalous to some. But am lucky enough to reside in a space where my safety and freedom to pen my thoughts is not in the least threatened. I do not have to worry about a certain Sheikh issuing a fatwah over my head or face the vitriol of “Men of God”.

Today we will challenge Africa to a new cultural paradigm. There is no better time than now to cut loose from the shackles  of religion and join the rest of the civilized world in emphasizing spirituality. A renewed African spirituality will change our mindset as well as define a new set of goals and values. With that we will rise up and shine bright in God’s mighty image and then proceed to liberate ourselves and our people from the pangs of hunger and poverty.

Paying the Ransom Doubles Cost of Recovering from a Ransomware Attack, says Sophos 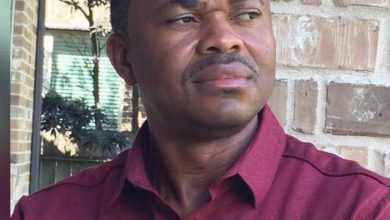 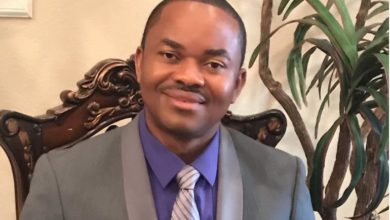 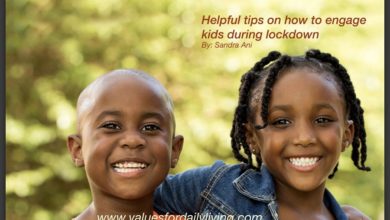