My father, who died on December 31, 2016 aged 92, was an Arabic and Islamic Studies teacher who had a reputation as a kind-hearted but tough, no-nonsense disciplinarian. But he allowed me to get away with some indulgences that puzzled and angered his Islamic scholar colleagues— and that only made sense to me much later in life.

When I was a preteen, I fell in love with Michael Jackson and his disco dance moves. My friends and classmates who didn’t have strict fathers like I used to practice disco dancing in party halls at night. But I couldn’t join them because I went to Quranic school from 7:30 p.m. to 10:30 p.m.— or even later sometimes— every day except on Wednesdays and Thursdays.

One day I decided I would use my “free” evenings on Wednesdays and Thursdays to learn disco dancing. I wasn’t sure how my dad would react to it, so I didn’t ask him for permission. I just sneaked into disco halls and danced away. One day, someone caught me and said he was going to tell on me.

But, although the man told on me, my dad never asked me why I went to disco halls on Wednesdays and Thursdays. Nor did he discourage me. I was pleasantly shocked.

My dad’s friends thought an Islamic scholar’s son shouldn’t be dressing like I did, so they encouraged him to stop me from dressing “like unbelievers.” He ignored them.

I also used to have crazy hairstyles. I had dexterity with scissors, which I used to give myself wild hairstyles. My Islamic studies teacher in high school, who was my father’s friend, had had enough of my exuberance, so he came to our house one evening to complain to my dad.

My dad’s response to my teacher who had more certificates than my dad both enlightened and humbled me. He told the man that I was a teenager and that adolescence is “temporary madness” that must find outlets for expression.

He said if the expression of the “temporary madness” was benign, parents would do well to ignore it. Suppressing it, he said, risked delaying it to a stage in life when its expression would be truly embarrassing. Dad said he’d rather see me wear bunglesome baggy trousers and wild hairstyles now than later.

What was important to him, he added, was that I was doing well at school, had no behavioral problems, never failed to attend Quranic school 5 days a week ( I completed my recitation of the whole Qur’an at 13), was obedient, never drank alcohol, didn’t have a girlfriend, etc.

He assured his friend that the youthful ebullience that fueled my benign wildness would peter out as I got older.

By the time I went to the university, I no longer had any interest in hairstyles, trendy dressing, partying, and dancing. One day, I came home for holidays from Kano without my hairstyles, and my dad playfully asked what had happened to my hair. We both laughed.

It was in the university that I read about teenage years as the period of “storm and stress”— and about how hormonal changes activate the exuberance of that stage of our lives. My dad didn’t have much formal western education, but he knew this.

Yesterday, my 10-year-old son, whom I named after my dad, told me he wanted me to give him a Mohawk haircut. (I’m still a barber and give my son—and myself—haircuts). I said the Mohawk hairstyle was wild and ugly, but I immediately retracted what I said and promised I’d give him the style he wanted. I remembered that my dad allowed me to get away with any hairstyle I wanted.

My son hasn’t started experiencing his “temporary madness,” but I’ll always remember my dad’s toleration of my adolescent excesses when the expression of my son’s teenage exuberance finds a benign, harmless but perhaps awkward outlet in wild hairstyles and strange sartorial choices.

Happy Father’s Day to all the fathers and father figures out there! 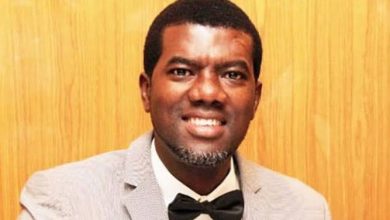 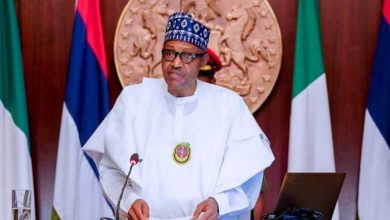