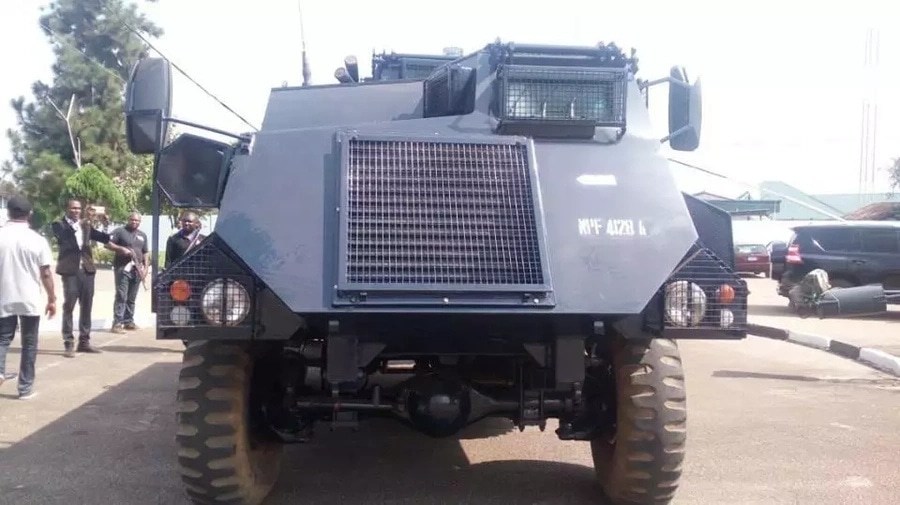 The Nigeria Police Force has expressed readiness to partner with Innoson Vehicle Manufacturing Co. Ltd. for the production of Armoured Personnel Carriers (APC) to assist in crime fighting.

The Inspector-General of Police, Mr Ibrahim Idris, expressed the readiness on Friday at the inauguration of IVM Granite vehicle, 2019 edition manufactured by the indigenous company in Nnewi, Anambra.

Idris, who was represented by the Deputy Inspector-General in charge of Logistics and Supply, Mr Agboola Oshodi-Glover, also called on other organisations to support the locally made vehicles.

“Innoson is making history. This type is rare. I congratulate you and want to assure you that police will give you all the necessary supports you need.

“But you need to commence production of Armoured Personnel Carriers to enable the police tackle insurgents and other security challenges in the country,” he added.

Also, Gov. Willie Obiano of Anambra praised the ingenuity of the company amidst apparent challenges in the industry.

“I am happy this is happening in our state. It’s only here that we’re manufacturing vehicles. Others travel to other countries and gather parts to assemble in Nigeria,” he said.

Obiano, however, expressed regret that the epileptic power supply in the state had hampered some production capacity of the company.

The governor urged the Federal Government, as a matter of urgency, to provide adequate power supply and enabling environment for maximum productivity.

He also appealed to state and Federal Governments to commence placing orders on the vehicles produced by IVM.

“With what Innoson is doing, he is contributing immensely to the nation’s GDP and should be encouraged to do more,” Obiano, who was represented by his deputy, Dr Nkem Okeke, added.

Earlier, the Chairman of Innoson Vehicle Manufacturing Company, Chief Innocent Chukwuma, said the company’s major strength depended on its ability to produce according to clients’ specifications.

“This pick up is built for our roads and it’s in line with the latest generation of international brands of high end pick up,” he said. (NAN)

Steps to Achieve ‘The Decade of Gas’ 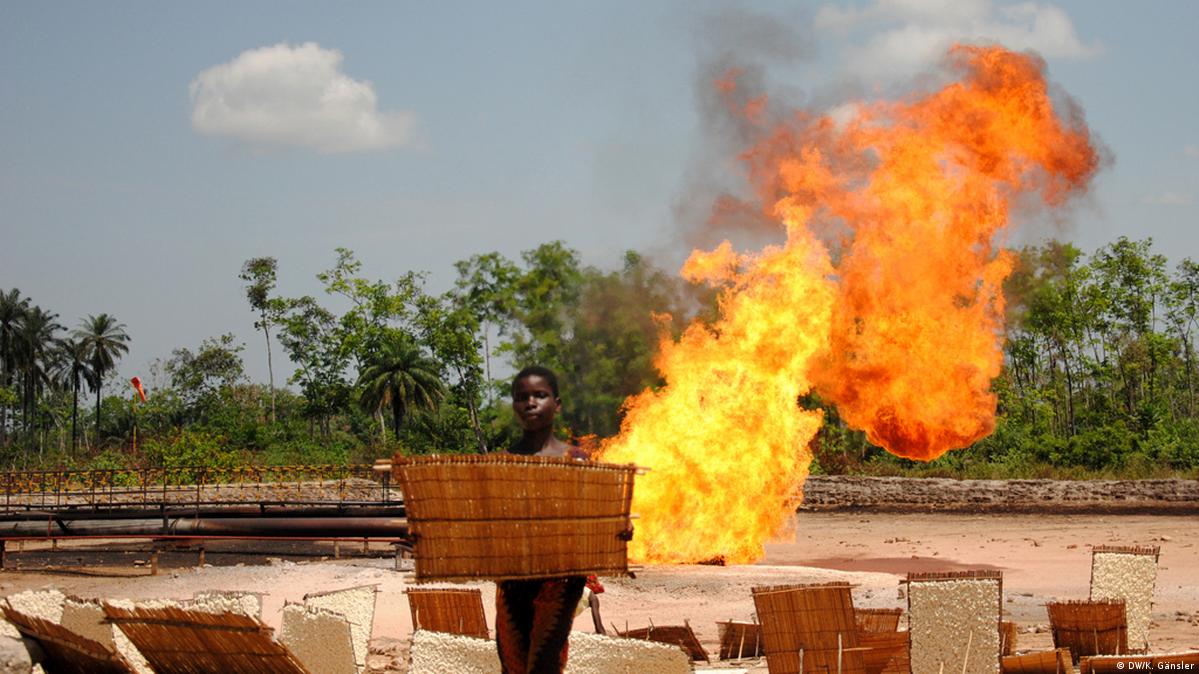 Nigeria is a study in contradiction. It has the largest proven gas reserve in Africa yet faces a significant challenge in providing access to gas for a majority of its citizens and businesses.

On top of this, it occupies an unenviable position as one of the top seven gas-flaring countries in the world, according to the World Bank. The tale would be unbelievable if it was fiction.

Sadly, the reality is grim. Oil-producing companies burn off millions of cubic litres of natural gas during oil production.

They use a fancy term, gas flaring, to describe it. It doesn’t however take remove from the fact that the action, gas flaring, is a glaring waste of a wasting resource. It also impacts negatively on the environment, human health and the cost of gas. It needs to be stopped.

Over the last couple of years, governments have sought to curtail incidents of gas flaring, increase the use of gas and boost revenue from it, all with varying degrees of success.

To highlight the commitment of the federal government to boost the domestic use of gas among Nigerians as the primary energy source President Muhammadu Buhari declared the ‘Decade of Gas’ (January 1, 2021, to 2030). An integral part of the process is the development of gas infrastructure, with the construction of the 614km Ajaokuta-Kaduna-Kano gas pipeline the number one starting point.

The goal is simple, to increase the domestic utilisation of LPG and CNG, commercialise gas flares, develop industrial gas markets and increase gas-to-power. Related policies which are already in the works include the National Gas Expansion Programme and the Autogas policy.

Experts argue, however, that despite the government’s best efforts to increase the distribution of liquified petroleum gas (LPG), also known as cooking gas, a large number of Nigerians still rely on firewood and charcoal for cooking with the attendant damage to the environment and impact on the climate.

Now one of the main reasons for this is the lack of infrastructure and distribution networks for LPG. Many areas in the country do not have access to gas pipelines, making it difficult for residents to obtain cooking gas.

We’ll require a study to explore the risk associated with the current gas tank retail marketing method. Additionally, the cost of LPG is prohibitively high for low-income households, who make up the bulk of the population.

Figures from the National Bureau of Statistics (NBS) show how deep the poverty is – 63 per cent of persons living in Nigeria (133 million people) are multidimensionally poor. It’s a grim picture.

GlobalData reports that by flaring, rather than utilising gas for power generation or other domestic needs, Nigeria and other nations involved in such acts, could lose up to $82 billion a year globally. Other countries in this unholy group include Algeria, Angola, Indonesia, Iran, Iraq, Libya, Malaysia, Mexico, Russia, the US and Venezuela. They accounted for over 87 per cent of all flared gas in 2020.

Independent sources reveal that Nigeria flared an average of 11.1m3/bbl of gas in 2021. The issue here is that the Nigeria Gas Flare Commercialisation Programme (NGFCP), which seeks to curb the act, has loopholes along with low and weakly enforced penalties. It needs to be tightened and strengthened to make it more effective.

Nigeria had 208.62 trillion cubic feet (TCF) of gas reserve as of January 2022, according to the Commission Chief Executive (CCE) of the Nigerian Upstream Petroleum Regulatory Commission (NUPRC), Gbenga Komolafe, an engineer. However, the development of gas, especially for domestic use, is still relatively low.

The price is still in the skies for many potential users. Right now, the concern is that with the rising cost of cooking gas, the domestic utilisation of LPG may decline. It remains to be seen how this will impact the achievement of the ‘Decade of Gas’ objectives.

Firstly, the government must invest in building pipelines and distribution networks to reach residential and business areas and improve access to LPG.

In addition, to demonstrate the resolve to improve the use of gas among citizens, the government can look at providing subsidies for LPG to make it more affordable for low-income households. This will make it more accessible to those who currently are unable to afford it.

Furthermore, since reports indicate that Nigerians are unaware of the benefits of using LPG as a cooking fuel, the government can launch a campaign to educate citizens on the benefits of LPG and how to safely use it.

Finally, the government must create an enabling environment to encourage private sector participation and investment in the LPG industry. This will increase the availability of LPG and possibly help drive down prices.

With the implementation of these measures, Nigeria can truly increase access to cooking gas for a majority of its citizens and reduce the country’s dependence on firewood and charcoal. This will not only improve the quality of life for citizens, but it will also help the environment by reducing deforestation and air pollution caused by the burning of firewood. 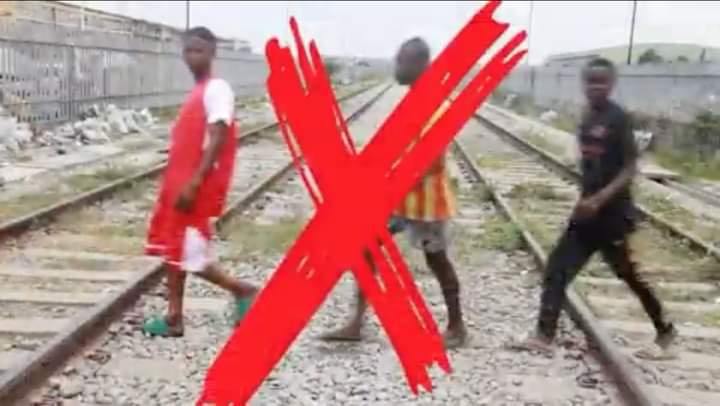 The Lagos Metropolitan Area Transport Authority, Has warned against crossing the rail tracks from 2023.

In a video issued on the matter by the government, They revealed thus “Unlike the train system, driven with diesel engine which most Nigerians are conversant with. The Blue line will be powered by electricity, thus crossing the track will no longer be an option.

“The blue line will use the power known as the third rail electrification system. The third rail works by directly attaching a current carrying conductor to the rail tracks, which means the entire length of the track will be electrified. That means the train will be propelled by the electricity passing through the road tracks which is about 750 volts; an amount of power three times more than electricity been utilised for domestic use.

“Crossing the track when the rail track is in operation early 2023 will mean instant death. We appeal that you make use of the pedestrian bridges which have been provided to cross the ten-lane Lagos-Badagry Expressway. The pedestrian bridge has the ability to take commuters into the train station, the bus station as well as to cross the expressway. Please, avoid going close to the tracks, your safety is important to us.”

The crypto space is a rapidly evolving one and now more than ever, the crypto community demands more transparency from crypto exchanges. 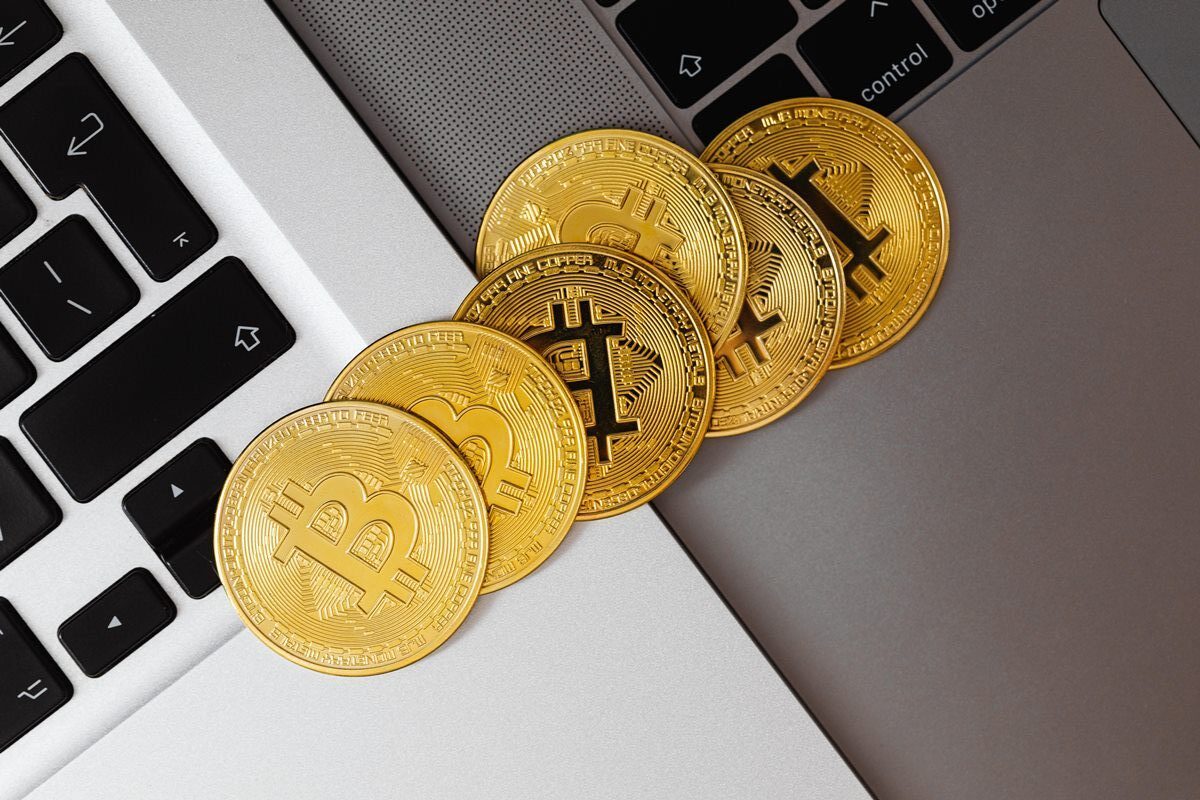 Crypto exchanges have become the heart of the crypto ecosystem, they have succeeded in creating a network where millions of people can participate and reap the perks of financial inclusion.

Although, in light of recent happenings, there has been an increased sense of urgency for crypto market regulatory initiatives – some of which are already underway and are likely to be accelerated following the collapse of the crypto exchange, FTX.

The priority of these regulatory initiatives will likely focus on the custody and protection of customers’ digital assets, transparency, and the reporting of reserves, assets, and liabilities.

This is why in a time of uncertainty and doubt, Binance – the world’s leading blockchain and cryptocurrency provider has recently taken active steps of its own to restore users’ confidence in the ecosystem.

Below are some of the initiatives they have introduced to the community:

The crypto space is a rapidly evolving one and now more than ever, the crypto community demands more transparency from crypto exchanges. Collaborations such as the Industry Recovery Initiative need to be an integral part of all crypto exchange efforts for the ecosystem to have any chance of survival.